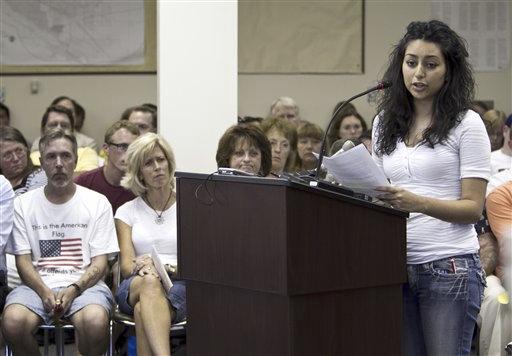 Thanks to a trial judge's ruling in New York, we now can see more clearly than before an outline of the contours of the legal debate over the constitutionality of same-sex marriages in America.

We can see some definition now because the judge made certain factual findings—undisputed by the defendant, New York City, and legal conclusions that now no doubt will pop up every time a judge anywhere has to tackle this issue.

This factual and legal record, or the beginnings of it, anyway, is far more important than the ruling itself. By its terms, the decision now applies only to marriage licenses issued by the City Clerk of New York City. And even New York Supreme Court Judge Doris Ling-Cohen knew that her decision would be appealed, which it will be by order of Mayor Michael Bloomberg, and that it may not withstand the rigors of appellate review. But unless the appellate courts return the case to her for further development of the facts — an unlikely scenario — the record now is locked in. This alone makes this ruling notable and worth watching as it progresses on appeal.

In concluding that the right to marry the person of one's choosing is both a privacy right and a liberty right, the judge cited many ways in which she believes "the plaintiffs and their children suffer serious burdens by being excluded from civil marriage" under New York's Domestic Relations Law. Being able to register as "domestic partners" just isn't enough either, in her view. She cited US General Accounting Office figures that "identified 1049 federal laws in which benefits, rights and privileges are contingent on marital status."

As examples under state law, the judge cited the fact that the "plaintiffs couples may not own property by their entireties; file joint state income tax returns; obtain health insurance through a partner's coverage; obtain joint liability or homeowner's insurance; collect from a partner's pension benefits; have one partner of the two-women couples be the legal parent of the other partner's artificially inseminated child, without the expense of an adoption proceeding; invoke the spousal evidentiary privilege; recover damages for an injury to, or the wrongful death of, a partner; have the right to make important medical decisions for a partner in emergencies; inherit from a deceased partner's intestate estate; or determine a partner's funeral and burial arrangements."

Judge Ling-Cohen found that one of the same-sex couples "had to endure considerable expense, including hiring lawyers, and had their privacy invaded in the process." She acknowledged and paraphrased the testimony of the child of the marriage — conceived through anonymous sperm donation — who said via affidavit that "it is unfair that her parents cannot be married to each other and that it is wrong that she can have a legal relationship with each of her parents, but they cannot have the legal relationship of marriage to each other." In all respects, the judge found, "but the ability to marry, the relationships (of the plaintiffs) are typical of countless couples with the City and throughout the State...."

Based upon those facts, and citing the Supreme Court's rulings a generation ago that struck down laws prohibiting interracial marriage, the judge declared that any individual has the constitutional right to marry the person or his or her choice, whether or not society as a whole approves of that choice. From a 1965 Supreme Court Court ruling that struck down a Connecticut law that banned the sale of contraceptives, she culled the following language: "Marriage is a coming together for better or for worse, hopefully enduring, and intimate to a degree of being sacred. It is an association that promotes a way of life, not causes; a harmony in living, not political faiths; a bilateral loyalty, not commercial or social projects. Yet it is an association for as noble a purpose as any involved in our prior decisions."

After recognizing that same-sex couples have the same fundamental right to marry as anyone else, the judge then addressed New York's rationale for trying to preclude such marriages. "Moral disapproval of same-sex couples or of individual homosexuals is not a legitimate state purpose or a rational reason for depriving plaintiffs of their right to choose their spouse," the judge wrote. As for the rational that only opposite-sex marriages further a state interest in procreation, Judge Ling-Cohen noted that the Domestic Relations Law "does not bar women who are past child-bearing age to marry" and that there are "millions of lesbian mothers residing with their children in the United States..."

The judge also rejected New York's argument that "if persons of the same sex are allowed to marry in New York, such persons and their children will encounter legal difficulties and disabilities that married persons of opposite sexes do not encounter, resulting from the failure of other States and the Federal government to recognize such marriages." You can't deprive someone of a fundamental constitutional right, the judge declared, simply because other jurisdictions haven't yet recognized. "Any conflicts plaintiffs may face if they travel out of State, or rights which they will not receive from the federal government pale beside the tremendous protections and rights that access to marriage would provide for plaintiffs and their families under this State's laws.."

Then the judge spent some time attacking the perception that civil marriage as it exists today in America has evolved little since the beginning of the Republic. "History demonstrates that marriage is not a stagnant institution," the judge noted, and to say that "marriage must remain a heterosexual institution because that is what it historically has been" represents "circular reasoning, not analysis." Marriage used to involve "coverture," the judge wrote, a legal doctrine whereby the "very being or legal existence of the women" was "suspended during the marriage, or at least incorporated and consolidated into that of the husband...." Then wives were allowed to retain separate property. Then came no-fault divorce laws. In the judge's view, clearly a controversial one, same-sex marriage is just another step along a path of progress.

Many judges around the country, and around New York, will agree with the legal reasoning used in the decision. And many will not. But this ruling now sets a template for future rulings, from New York's appellate courts and perhaps as well from judges in other jurisdictions. Judges who want to prohibit same-sex marriages will have to get around the Supreme Court's ruling on anti-miscegenation statutes. In this scientific age of insemination, they will have to get around the fact that men and women can find ways to procreate outside of marriage that were undreamed of a century ago. They will have to get around the equal protection argument that posits that the government cannot discriminate against someone based solely upon their sexual orientation.

The legal battle over same-sex marriage is still much closer to its start than to its end. In fact, it may still be raging decades from now, much like the debate over abortion rights lingers on a generation after Roe v. Wade. So get used to these arguments and get used to debates over these sets of facts. They are going to be with us, and about us, for a long, long time to come.