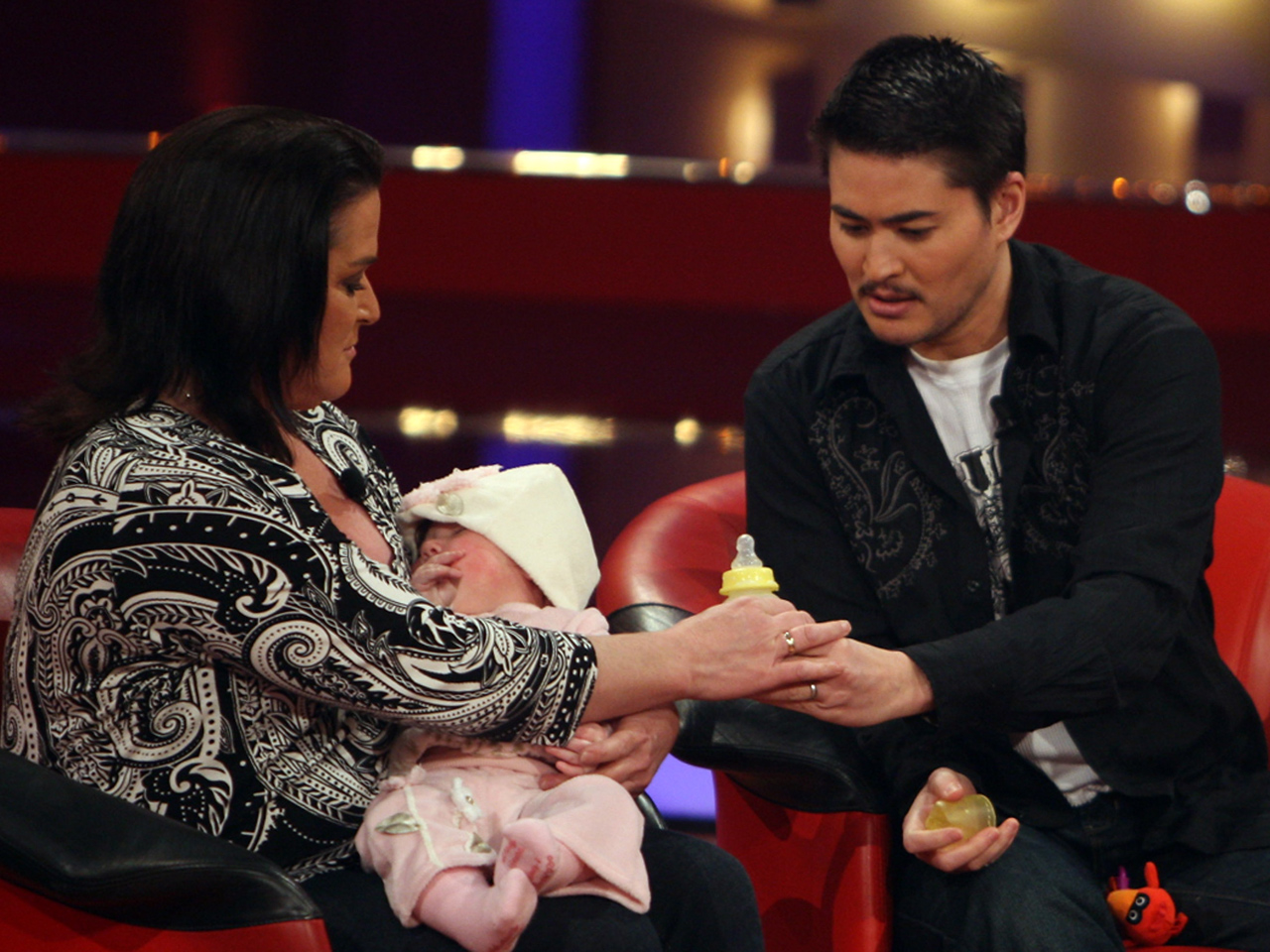 PHOENIXAn Arizona man who garnered national media attention for giving birth to three children after having a sex-change operation has hit a snag in his divorce proceedings that could prevent him from having his marriage legally dissolved.

A judge is questioning whether the state's same-sex marriage ban bars him from ending Thomas and Nancy Beatie's union — or even recognizing its validity. Thomas Beatie was born a woman and underwent a sex change but retained female reproductive organs and gave birth to three children.

Thomas and Nancy Beatie are eager to end their nine-year marriage, but their divorce plans stalled when Maricopa County Family Court Judge Douglas Gerlach said in late June that he was unable to find any legal authority defining a man as someone who can give birth.

"Are we dealing with a same-sex marriage?" Gerlach asked. He noted Arizona has banned such marriages and refuses to accept those performed in other states. The judge added no court here is allowed to declare same-sex unions valid.

Shannon Minter, legal director for the National Center for Lesbian Rights, said courts have declared marriages involving a transgender person invalid in a handful of cases across the country. But he said those cases had different factual and legal issues than those in the Beatie case.

Minter, an expert in family law involving gay, lesbian and transgender people, said he could recall only one case in which a marriage involving a transgender person who gave birth went through the courts. He said that union was dissolved in California about a decade ago without disputes about whether the marriage was valid.

"What you have is a man and woman who are married, and their relationship is ending," said Minter, who isn't involved in the Beatie case. "And it's no different, fundamentally, from other people in that circumstance."

Jim Campbell, an attorney for a conservative Christian legal organization that isn't involved in the Beatie case, said in an email that the failure of the courts to protect traditional marriage has led to chaos and that children are being led into "increasingly bizarre situations."

"Sadly, the deep confusion created by these two women, and the biological father who helped conceive the children, is just a symptom of much greater societal problems," said Campbell, of the Alliance Defending Freedom.

Thomas Beatie, known as "The Pregnant Man," was born Tracy Lehuanani Lagondino in Oahu, Hawaii. He began testosterone treatments in 1997 and underwent double mastectomy and chest reconstruction surgery in 2002. He changed his Hawaii driver's license to say he was a man and had a Hawaiian court approve his name change to Thomas.

Thomas Beatie married his partner Nancy in early 2003 in Honolulu and became pregnant because Nancy was unable to have children. Thomas Beatie conceived with donated sperm and gave birth to children who are now 4, 3 and 2 years old. The couple eventually moved to Arizona.

Beatie has garnered a range of media attention, making the rounds on talk shows such as Larry King and Oprah Winfrey and winning a spot on Barbara Walters' list of "10 Most Fascinating People" in 2008, alongside President Barack Obama, conservative commentator Rush Limbaugh and swimmer Michael Phelps. He also published a book, "Labor Of Love: The Story Of One Man's Extraordinary Pregnancy," whose cover displayed an image of a shirtless Thomas sporting facial hair and holding a hand over his bare pregnant belly.

Beatie, through one of his attorneys, declined an interview request.

The Beatie divorce case turns on the question of whether a judge has jurisdiction to grant a divorce in a marriage involving a transgender person. A Jan. 31 trial is scheduled, and the judge is expected to rule in early February.

If the judge decides he has no jurisdiction, Thomas is expected to appeal, and attorneys on both sides said the temporary agreement on parenting time likely would be made permanent. They might have to go to civil court to divide their property.

While the judge is mulling whether to let the couple divorce, Thomas and Nancy agree they should end the marriage.

"If you took away the transgender part of it, it's a garden-variety divorce case," said David Higgins, Nancy's attorney.

David Michael Cantor, one of Thomas Beatie's attorneys, said it would be more financially favorable for his client if the marriage weren't recognized by the courts, because Thomas could have to pay Nancy alimony. But Cantor said Thomas wants the divorce as an official recognition that their union was legitimate. "He loses money, but he wants to be told it's valid," Cantor said.