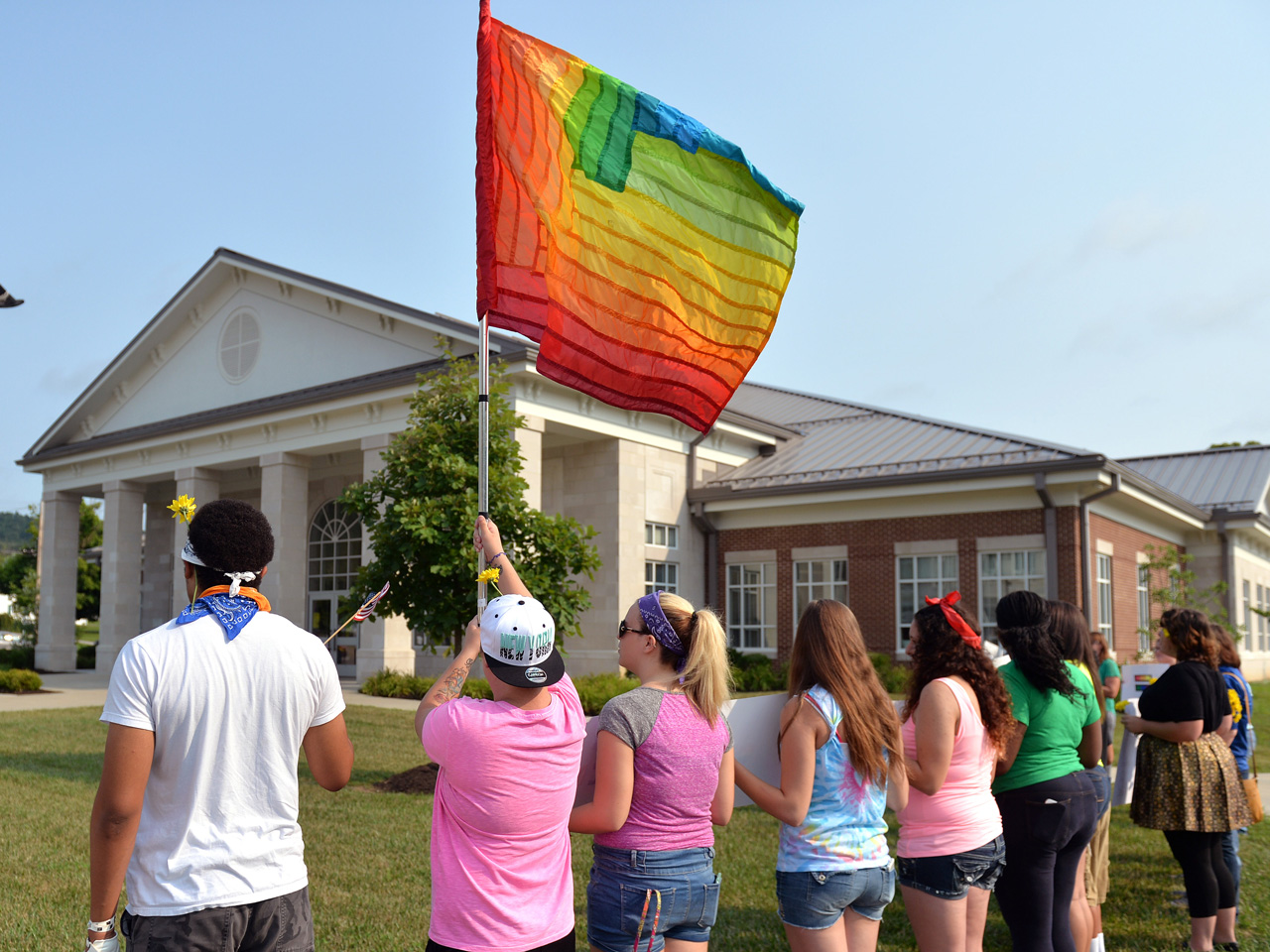 ASHLAND, Ky. - A federal judge is scheduled to hear arguments about a county clerk who is refusing to issue marriage licenses after the U.S. Supreme Court's ruling legalizing same-sex marriage.

Rowan County Clerk Kim Davis is one of a handful of local officials across the country who have refused to comply with the court's order. Davis and others say it violates their religious beliefs.

The American Civil Liberties Union sued Davis on behalf of two gay couples and two straight couples who were denied licenses. Davis told the Louisville Courier-Journal said that her "deep religious convictions" prevent her from complying with the Supreme Court's decision, and so she has decided to issue no more marriage licenses to any couple -- gay or straight.


"It's a deep-rooted conviction," Davis was quoted by the Associated Press. "My conscience won't allow me to do that. It goes against everything I hold dear, everything sacred in my life."

As Davis turned away couples last week, rainbow-clad protesters outside her office carried signs and chanted, "Do your job."

Davis' stance has prompted a debate about whether religious liberty extends to officials who are charged with carrying out state government functions. Casey County Clerk Casey Davis (who is not related) has asked the government to allow people to purchase marriage licenses online, thus removing county clerks from the process.

There has also been a proposal made by the Republican nominee for Kentucky Governor, Matt Bevin, for government to get out of the business of issuing marriage licenses altogether, only recording them as it would a deed or a lien.

County commissioners are scheduled to vote on her resignation Monday.