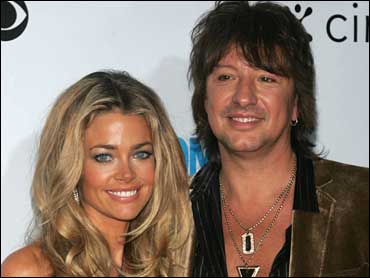 Bon Jovi guitarist Richie Sambora has entered a treatment facility in Los Angeles for an undisclosed problem, a spokesperson for the band said Thursday.

"He asks that you respect he and his family's privacy at this time," her statement read. Sambora went into treatment Wednesday, People.com reported.

It wasn't clear how Sambora's treatment will affect his role in the band. Bon Jovi's new album "Lost Highway" comes out June 19, the same day the band is scheduled to appear on the "Today" show.

The group is scheduled to play some tour dates this summer, beginning June 24 in London. A larger tour is planned for 2008.

Sambora and actress Denise Richards broke up several months ago after dating for about a year. In April, the 47-year-old musician's divorce from actress Heather Locklear was finalized and his father died of lung cancer.