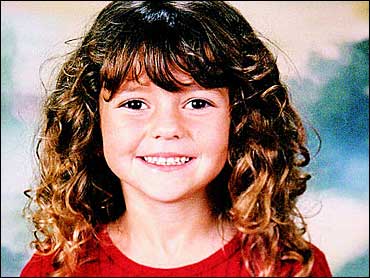 The man accused of kidnapping and killing 5-year-old Samantha Runnion pleaded innocent on Friday as prosecutors investigated additional claims against him in a separate case.

Alejandro Avila, 27, was arraigned in Orange County Superior Court on charges that he raped and killed Samantha after kidnapping her from her Stanton home July 15.

Avila appeared in court dressed in a mustard colored jumpsuit. A Sept.16 pretrial hearing was set.

Meanwhile, one of two girls whom Avila was acquitted of molesting in a separate case last year has made additional claims against him.

The Riverside County Sheriff's Department is interviewing the girl and other potential witnesses to determine if there is enough evidence to bring a new case against Avila.

Rackauckas, speaking at a press conference in Santa Ana, about 40 miles south of Los Angeles, said he saw no reason to spare 27-year-old Alejandro Avila's life if he is convicted of abducting, molesting and killing Samantha at a trial.

"There is no question in my mind that the person who kidnapped, molested and murdered 5-year-old Samantha should face the death penalty," Rackauckas said, adding that the crimes had outraged her community, the United States and the world.

Rackauckas said that before deciding to seek the death penalty against Avila he met with Samantha's mother, defense lawyers and members of his own staff.

Samantha was abducted from the driveway of her home in Stanton, not far from Santa Ana, on July 15 by a man who pretended to be looking for a lost puppy. Her bruised and naked body was found the next day on a lonely stretch of mountain road. Avila was arrested three days later.