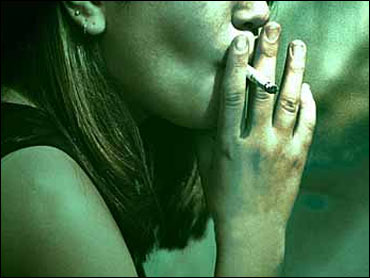 (AP)
CLEARWATER, Fla. (CBS/AP) Police say young teenage angst evolved into attempted murder as 11-year-old Samantha Broadhead and her 15-year-old boyfriend Jack Ault are accused of plotting to kill the girl's mother by setting her bedroom on fire while she slept.

And police believe it all may have been sparked by an argument over cigarettes.

The pair then escaped in the mother's 2007 Ford Focus, say police in Clearwater, about 20 miles west of Tampa on Florida's Gulf Coast.

The 47-year-old mother was awakened by a smoke alarm and managed to escape. Police say Nancy Broadhead sustained serious burns and smoke inhalation, but her injuries were not considered life threatening.

Her daughter later returned to the scene and agreed to go to police headquarters for questioning. Ault was located at a friend's house and taken into custody.

The young Florida couple have been charged with attempted murder and arson.

Ault has been taken to a juvenile facility, and Samantha Broadhead is undergoing a mental evaluation. It was unclear if either suspect has an attorney.