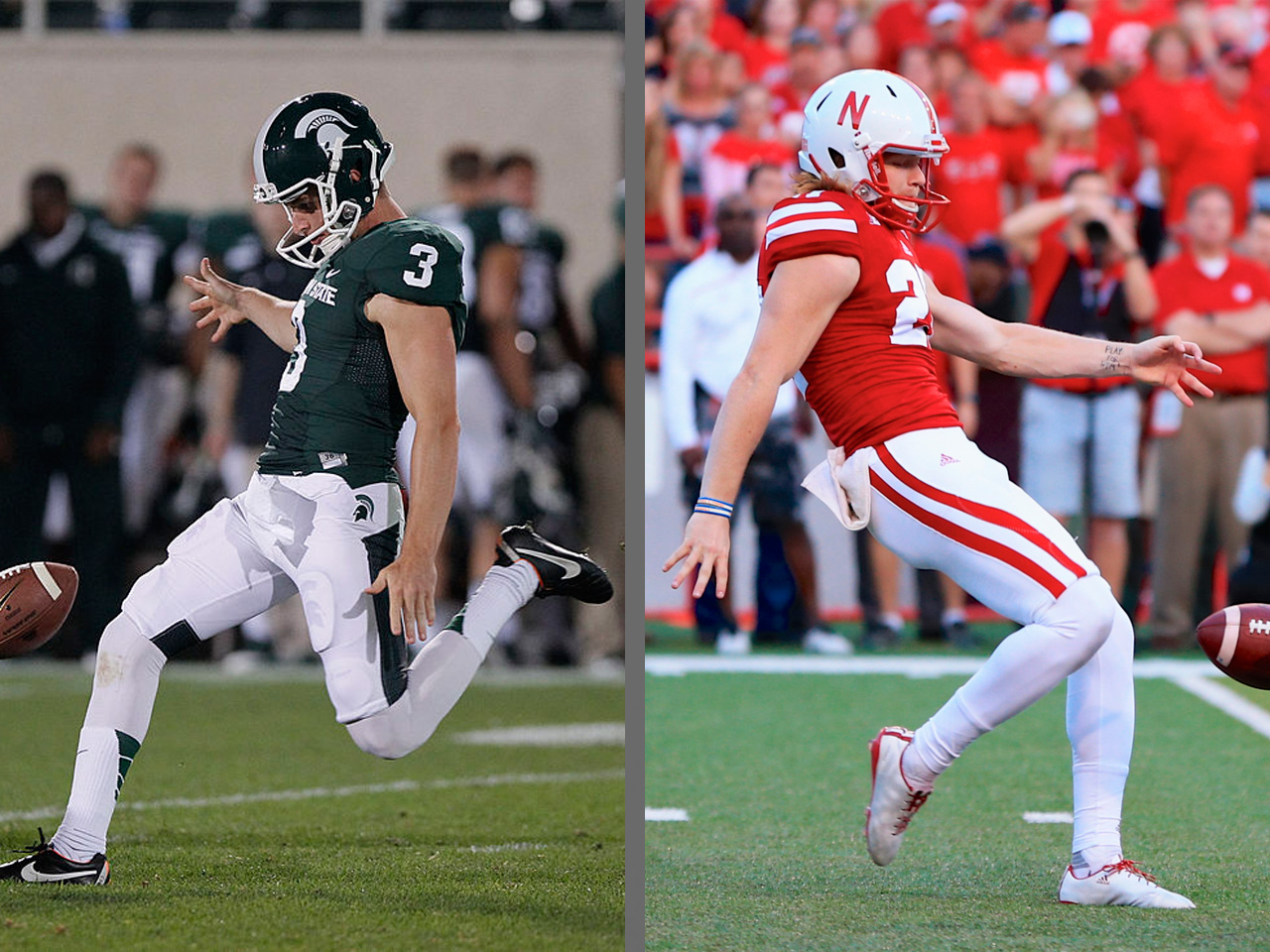 Officials at the University of Nebraska and Michigan State University confirmed Sunday that a current and a former punter for their football teams were killed in a car wreck in Wisconsin early Sunday.

The pair had been in Wisconsin for a football camp, according to multiple reports.

Mike Sadler, 24, of Grand Rapids, Michigan, was driving. He and 22-year-old Sam Foltz, of Greeley, Nebraska, both died. LSU kicker, 21-year-old Colby Delahoussaye, was also a passenger and was injured in the crash.

The University of Nebraska-Lincoln said Sunday the team will skip this week's planned Big Ten media days in Chicago because of the deaths.

CBS affiliate KOLN in Lincoln, Nebraska, reports senior Sam Foltz was killed. Foltz was a three-year starter named the 2015 Big 10 punter of the year, averaging 44.2 yards a punt in 2015 -- his junior year -- on 56 attempts. Foltz was also a first-team All-Big Ten selection. He graduated from Nebraska with a degree in agronomy in May.

Nebraska coach Mike Riley said in a statement: "Last night, we lost one of the best young men who I have ever had the honor to coach and who has ever worn the Nebraska uniform. Sam was universally loved and respected by everyone he touched and on whom he had a positive influence each and every day. His tragic loss is immeasurable to his family, his friends, his classmates, his teammates and his coaches and our thoughts and prayers are with all of them."

Several hundred friends and teammates of Foltz gathered outside Memorial Stadium in Lincoln Sunday afternoon to remember him. Several players talked about how hard Foltz worked and his faith in God.

"Sam was a kind and thoughtful young man who was a leader on the playing field, in the classroom, and in his community," Nebraska Chancellor Ronnie D. Green said in a statement. "He was an exemplary student-athlete who grew as a player and as a person on his path to recent completion of his degree in agronomy from the University of Nebraska-Lincoln, and anyone who knew him can testify that he had an enduring influence on those around him."

CBS affiliate WLNS in Lansing, Michigan, reports Sadler is the only four-time academic All-American in MSU history and that he was supposed to be attending Stanford Law School this year.