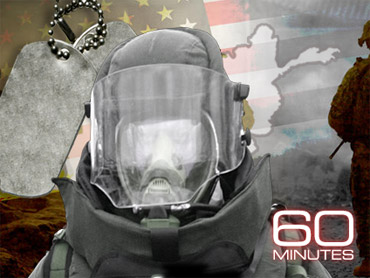 Every family has a few home remedies to help with injuries and illnesses, such as sniffing a little cayenne pepper to stop a nosebleed or using meat tenderizer to ease the effects of mosquito bites.

Author Dr. Lillian Beard put together a book of home remedies in her new book, "Salt in Your Sock and Other Tried-And-True Home Remedies."

Beard visited The Early Show to share some remedies she researched for her book.

Throughout the years, as Beard has been practicing medicine, her patients have often told her about home remedies that their mothers or grandmothers taught them to combat different ailments. When she examined whether or not each remedy really worked, oftentimes she would find a basis in science that gave credence to grandma's advice.

Beard has traveled around the world and always asks her patients about the treatments and remedies they use at home. In "Salt in Your Sock," Beard compiled parents' favorite treatments for more than 90 childhood ailments.

Here are just a few:

Fever - Traditional fever lowering medications such as Tylenol and ibuprofen are recommended, but if you cut an ONION in half and place one half on the sole of each foot, it will draw the fever from your body. As more than one parent has demonstrated to Dr. Beard, when the onion turns brown (it's "cooked"), the body temperature has been lowered.

Stuffy Nose - Periodic misting with two teaspoons of SALT in one cup of room temperature water in a squeeze container keeps the nasal secretions thin enough for you to gently blow them out, and the salt water solution helps to shrink the swollen membranes, clearing the nasal passages for you to breath easier.

Coughing - Coughs result when the body is trying to expel irritants from the respiratory tree. Most over the counter cough medicines attempt to soothe the irritation and dampen the area in the brain, which activates the cough reflex. Easy home remedies include warm tea combinations such as a mixture of SAGE and THYME - It's not only tasty, but also clears out mucus in the throat. LEMON, HONEY and HOT WATER - tried and true in all cultures. Honey is both an anti-inflammatory and an expectorant. Lemon is rich in vitamin C, and hot water soothes and makes it difficult for germs to thrive. But remember, kids under age one shouldn't have honey.

Chest Congestion - Many remedies involve mixing products and putting them on the chest. One old method is devising a "MUSTARD plaster." Dr. Beard's mother used it on her. Her recipe: Mix one part dry mustard with four parts flour, adding just enough water to make it pasty. Put this mixture on a piece of cotton or cheesecloth. Apply a coating of petroleum jelly to the nose, neck and chest, then apply the cloth with the paste, cover with a towel or pillow case and tent the bed-sheet loosely above the patient's head encouraging them to breathe the aromatic air with mouth closed. It's uncomfortable and causes perspiration, but remarkably, it does break up the congestion.

Here are other common products Beard recommends for common ailments:

Aloe Plant: Beard says aloe is good to treat minor burns. Just snap a leaf off and the sap gushes for placing on the burned area.

Cayenne Pepper: Beard says the spice is great for any bleeding point. So, sniff some cayenne pepper for a nosebleed or sprinkle it on bleeding cuts and scrapes.

Brown Paper Bags: Brown paper is also great for bleeding. Place a piece of a brown paper bag on a bleeding point. Beard says it works because they have more fibrous material than regular paper. The fiber in the paper causes blood to clot.

Meat Tenderizer: Beard says to use a meat tenderizer for insect bites, which reduces swelling and takes away itch.

Baking Soda: There is another use for baking soda, according to Beard. It is great to take away an itch. She says it's wonderful for hives. Just mix with a little water to form a paste. Bathing in a baking soda bath is also very effective for itchiness. She suggests applying three tablespoons of baking soda in a bath. When you get out of the bath, there will be a residue left on your skin. Leave it there and just pat dry.

Oatmeal: The oats soothes itching, Beard says. Make an oatmeal mask and let it sit on your face for five minutes if you have a little sunburn or sunkissed face. Then rinse with cold water. Beard says the process takes away the flushed look, and it is perfect for when you're uncomfortable from the sun.

Vinegar: This is wonderful if you're at the beach and you get a jellyfish sting. First scoop up sand and rub the area with the sand and then put some vinegar on it. Vinegar is also great for swimmer's ear. If you're prone to swimmer's ear (where fluid collects in the outer ear and bacteria grows causing an infection), put a couple of drops of vinegar in each ear before and after swimming. Beard says to use vinegar as a compress if you sprain or strain something. Soak a cloth in vinegar and wrap around the sprain as you compress. It limits swelling and reduces aches. You should also rest, ice and elevate the sprain or strain.

Salt: For earaches, put a cup of salt in the microwave for 2 to 3 minutes. Use coarse salt and dump it into a thick sock. The sock is to prevent burns. Apply the sock to the painful ear and it draws fluid out of the ear. This relieves the discomfort of an earache until you can get to a doctor.

Fluoride Toothpaste: Regular fluoride toothpaste (paste, not gel) is good for acne, according to Beard. Because we perspire more in the summer, oil may clog sweaty pores and cause pimples. Beard says to dab some plain white fluoride toothpaste on the pimple and leave it on overnight.

Onion: Roasted onion mixed with water is good for bruises, says Beard. Put it on the area after a bump. It reduces the likelihood of bruising.

Garlic: Garlic is good for athlete's foot. Rub a clove of garlic on cracked skin. Because of the smell, you'll want to do it in the evening. It's even more effective if you leave it on and put your sock on over it. Afterward, apply a little honey, which helps soothe the skin.

White Potato: White potatoes are good for warts and sties, according to Beard. Use the scrapings of the potato and put it to the area where you have a sty. A sty forms when a hair folicle on your eye gets inflamed. Potatoes are also good for warts because the vitamin C it carries is anti-inflammatory.

If there is ever any doubt or concern about a remedy, contact a doctor before using it, Beard recommends.