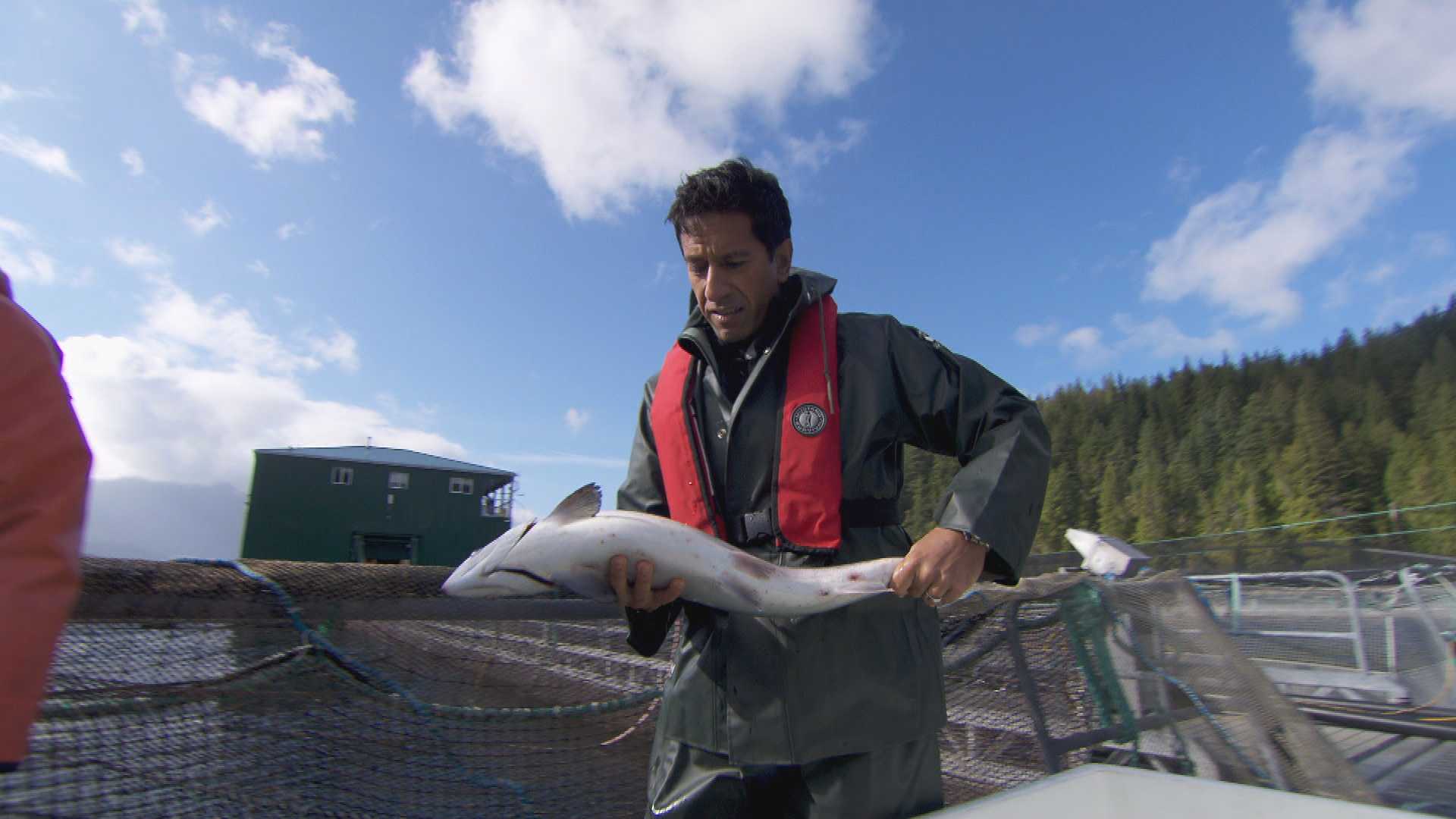 For those who are convinced that wild salmon is healthier than farmed salmon, Dr. Sanjay Gupta says, think again.

"What was surprising to me and I think to a lot of people was that if you compare farm salmon versus wild salmon, there actually wasn't that big a difference between the Omega-3 levels," Gupta tells 60 Minutes Overtime. "The farmed salmon industry has changed what they're feeding their salmon over the years and it's improved."

Though pollutants like PCBs are higher in farmed salmon, Gupta says the levels in both farm-raised and wild-caught are not high enough to be considered problematic by the FDA.

"The levels are so low it's almost a drop in the bucket," says Gupta.

Today, farmed salmon is so common that three-quarters of the salmon that winds up on American dinner plates is farm-raised. If you see "salmon" listed on a restaurant menu, there's a good chance it's farmed, says Gupta. Most restaurants will specifically say "wild-caught" or "wild" to indicate that the salmon wasn't grown on a farm.

Gupta and producer Peter Klein reported on the controversy around salmon farms for the 60 Minutes broadcast this week. Some environmentalists are concerned that farms could spread disease into the wild salmon population, and they urge consumers to avoid buying the product.

Salmon farmers say the industry has improved its safety measures and that eating farmed salmon reduces fishing pressure on wild population. Ian Roberts, who works in the salmon farming industry, told Gupta that what motivates wild salmon enthusiasts is nothing more than snobbery.

To those who will refuse farm-raised and only eat wild-caught salmon, Gupta says: "If you're doing it because you think it's better for your health, you'd have a hard time making that case.

"If you're doing it for the wild salmon themselves as opposed to your human health, that's a stronger argument," says Gupta.