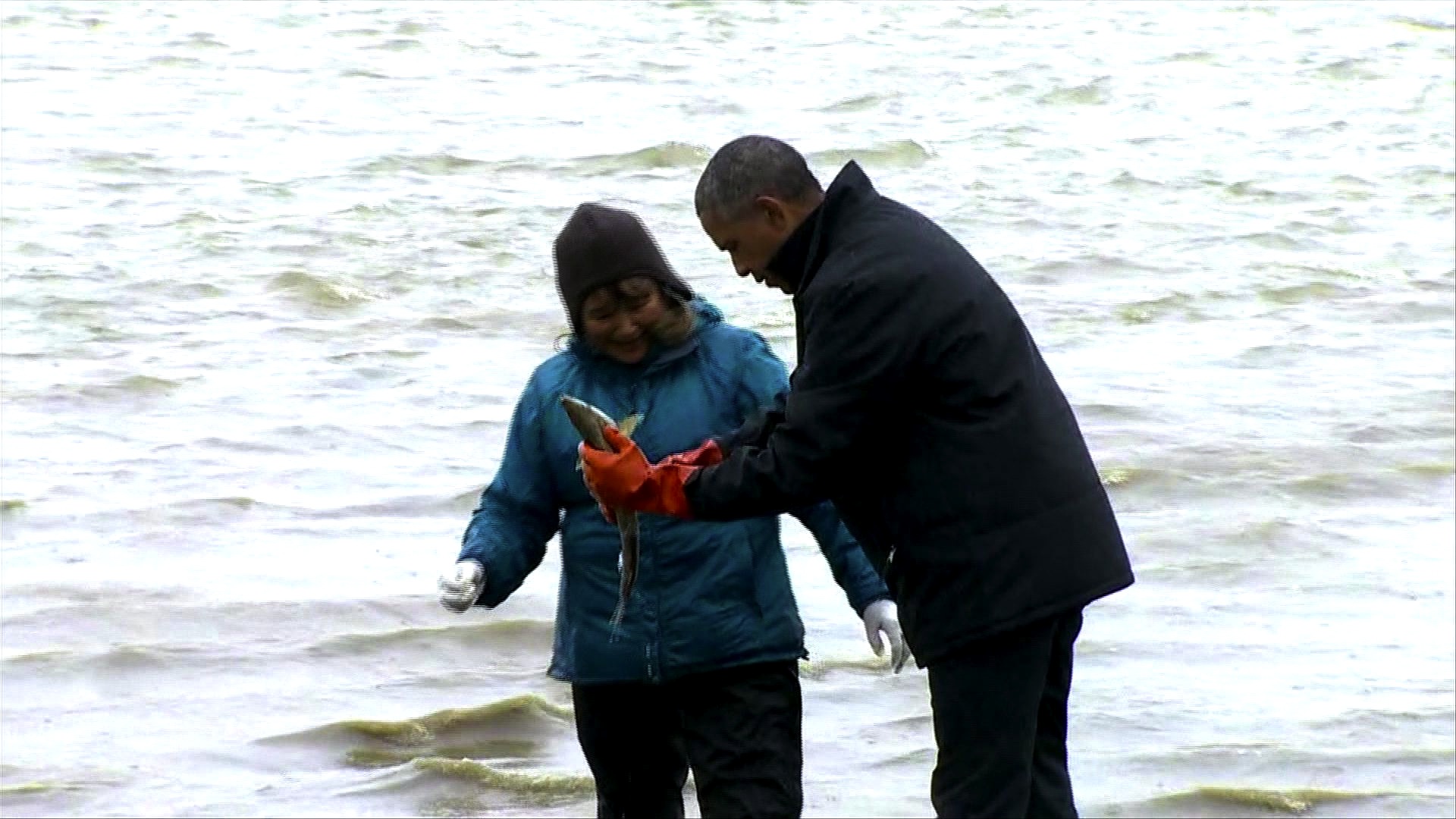 President Obama got a bit more than he bargained for Wednesday when he visited a group of local fishermen and families at Kanakanak Beach in Dillingham, Alaska.

"Uh-oh, what's happening there?" He asked a woman standing nearby. She explained to him that the fish was spawning.

The president yelled over to the press, "Did you see that? Something got on my shoes. He was spawning a little bit, which - generally you don't want fish spawning on your feet."

Then he relayed a message from one of the women who was showing him the fish nets.

"She said he was happy to see me," the president said.

Later, he appealed to some of his Secret Service agents for a knife so he could help filet the fish that had been caught. They didn't have one for him.