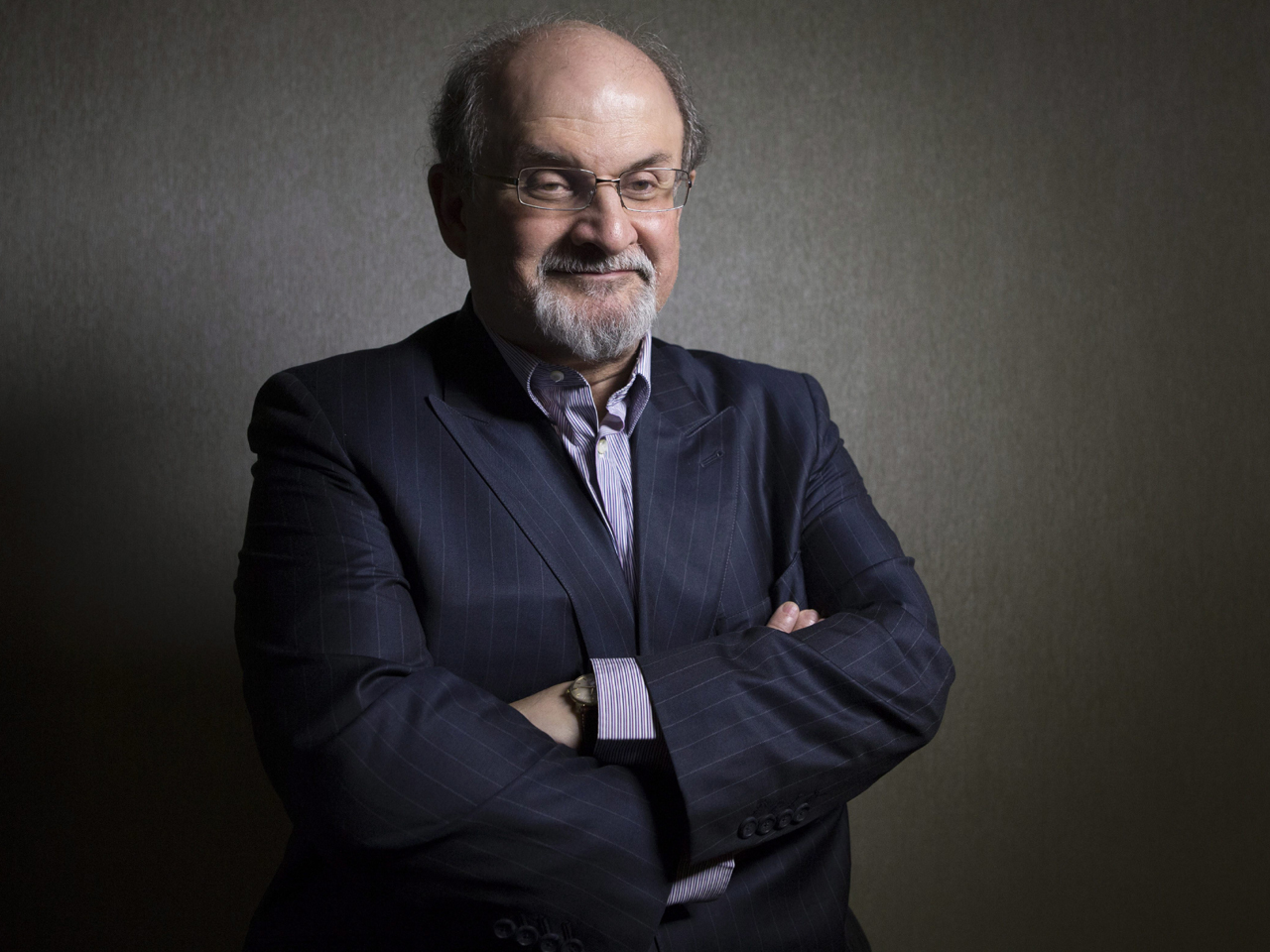 (CBS News) Salman Rushdie gets personal in "Joseph Anton," his new memoir out Tuesday, which chronicles his more than nine years in hiding.

It all started on Feb. 14, 1989, when the best-selling author received a phone call from a BBC reporter, informing Rushdie that he had been "sentenced to death" by Islam's spiritual leader Ayatollah Khomeini. The move followed publication of Rushdie's 1988 novel, "The Satanic Verses," which was accused of being "against Islam, the Prophet and the Quran."

The new book, named after the alias Rushdie used, chronicles his life under police protection, detailing the death threats, along with his strained romantic relationships.

"I always said that what happened to me was a prologue and there will be many, many more episodes like it," Rushdie, 65, told the Daily Telegraph.

The 633-page book, told in a third-person singular, also follows Rushdie's earlier days as a student at Cambridge up until his rise in the literary world -- winning the Booker Prize for "Midnight's Children" in 1981.

As he lobbied for his freedom, Rushdie hoped the death threats would diminish. Throughout it all, he managed to stay active in the literary arena, writing the 1990 children's book, "Haroun and the Sea of Stories," and publishing the critically acclaimed 1999 novel, "The Ground Beneath Her Feet."

Rushdie told BBC News the time is right to publish this kind of book.

"I wasn't ready to write it earlier," he said. "I felt not emotionally in the right place. Also, I felt I wanted to slam the door on the past and get on with my life."