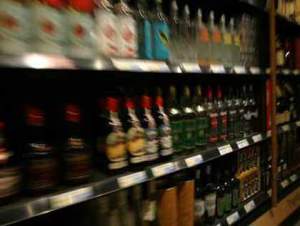 (CBS) ARLINGTON, Texas - A proposition to allow the sale of hard liquor in Arlington, Texas for the first time was passed on Tuesday night with overwhelming support, reports CBS DFW.

Arlington had been the largest city in Texas not to allow such liquor sales, according to the station.

The measure passed by about 70-percent to 30-percent.

The Tuesday vote is reportedly the third time in the last eight years Arlington voters have gone to the polls to vote on alcohol. In 2005, voters approved some wine sales at stores and in 2011, they allowed some restaurants to sell drinks without special permission.

The final push was led by MLB's Texas Rangers, according to CBS DFW.  Drinks were already being sold at baseball games with special permits, but the Rangers wanted more flexibility on what they sell, and wanted to keep costs down, according to the station.

Under the new law, liquor stores in Arlington are required to be located in industrial or retail areas and the city council could still look to implement additional restrictions, like keeping the stores farther away from schools, hospitals or churches.