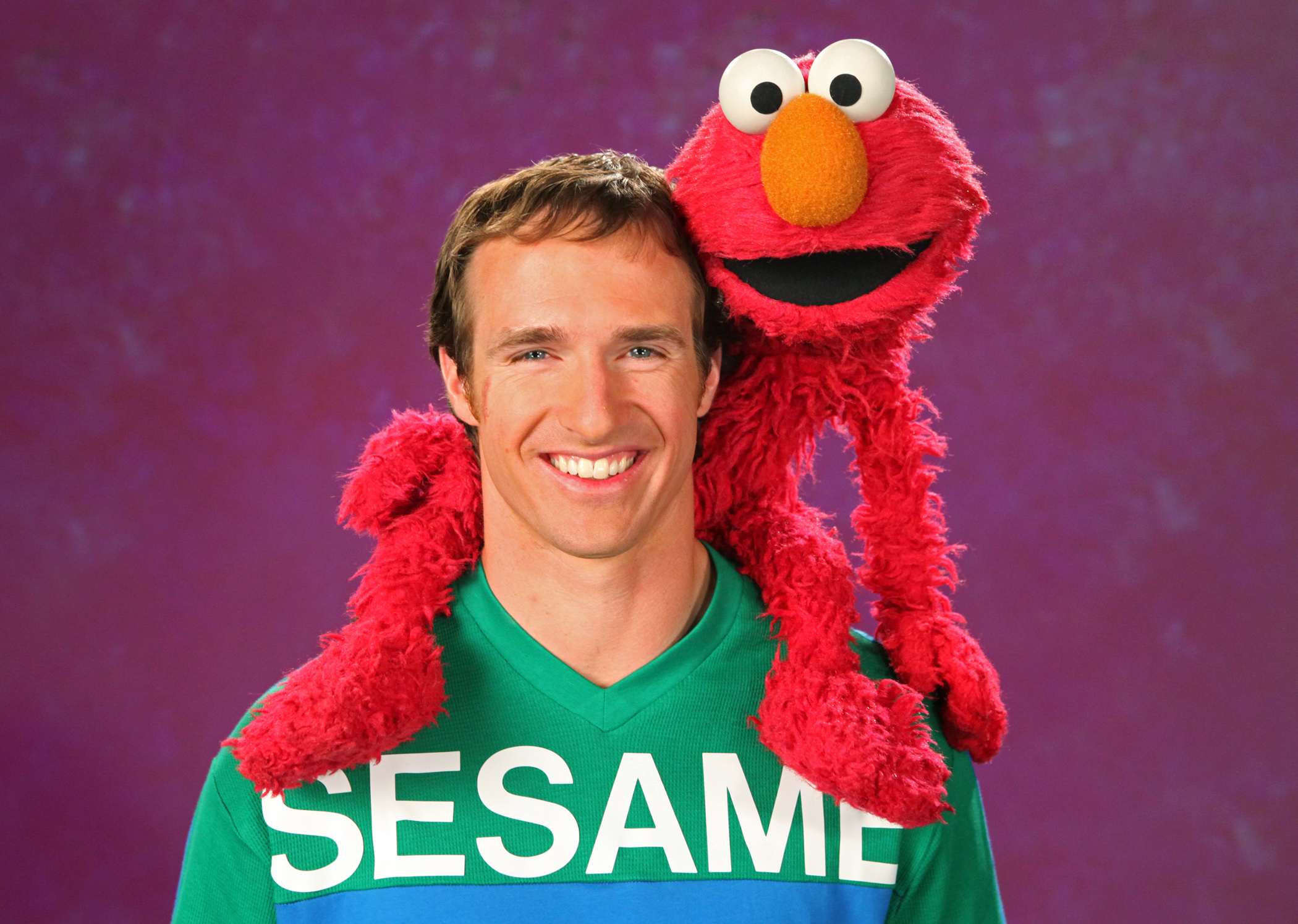 NEW ORLEANS - Move over, Grover! One of the NFL's top passers is heading to "Sesame Street."

New Orleans Saints quarterback Drew Brees is making a special appearance on Thursday's episode of the children's educational TV show, which is in its 42nd season. The segment was taped last April at a studio in Los Angeles and costars the street's furry red resident, Elmo.

Brees brought his wife, Brittany, and two young sons — Baylen, who will be 3 in January, and 1-year-old Bowen — along for the taping.

"They were so excited to meet Elmo," said Carol-Lynn Parente, the show's executive producer. "Drew is one of the celebrities who grew up watching `Sesame Street."'

Though the "Sesame Street" set is in New York, the show spends one week a year in Los Angeles taping special segments with various celebrity guests. Others appearing on the show this season include Nicole Kidman, John Krasinski, Maria Menounos, Joel McHale and Robin Williams.

For his part, Brees participates in a "Word on the Street" segment in which he helps Elmo explain the meaning of the word "measure." Besides using a ruler, Brees shows Elmo how to measure with nontraditional items, such as a potato, a tube of toothpaste and a football.

Parente said the segment is designed to encourage critical thinking and get kids to come up with their own ways to measure things.

"They may want to use paper clips," she said.

The airing comes as Brees leads the NFL with 4,368 passing yards, putting him on pace to break Dan Marino's single-season passing record of 5,084 yards, which has stood since 1984. Brees has passed for a touchdown in 40 straight games dating back to the 2009 season, the second longest streak in NFL history, behind only Hall of Fame quarterback Johnny Unitas.

But it wasn't just Brees' success on the field that caught the attention of "Sesame Street," Parente said.

"He's a great role model, and he's someone parents respect," she said. "That's important to us."

Brees has a huge following in New Orleans, where he had done much to help the city recover from Hurricane Katrina. The Brees Dream Foundation has raised millions of dollars to fix up schools, playgrounds, parks and athletic fields across the city.

Parente, an avid football fan, said the image of Brees holding his son Baylen when the Saints won the 2010 Super Bowl resonated with her as well.

"That Super Bowl moment, where he held up his son with the headphones on ... it was a great image," she said.

"Sesame Street" made its debut on National Educational Television (later PBS) in 1969, and averages more than 15 million viewers a month.