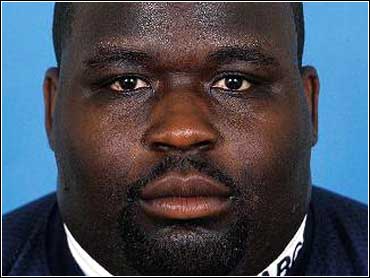 Hand will sign a five-year, $20 million contract that will make him one of the Saints' highest-paid players. It includes a $5 million signing bonus, his agent, Drew Rosenhaus, said.

Hand said he could have gotten a comparable deal elsewhere, including Green Bay, but said he had always wanted to play for New Orleans. Hand said he loved playing in the Superdome against Tulane when he was at Mississippi.

Hand is considered one of the top run-stopping defensive linemen and would fill one of the Saints most pressing needs. The club has only three defensive tackles on the roster, with 11-year veteran Wayne Martin considering retirement.

The Saints finished 20th in the NFL in rushing defense last season.