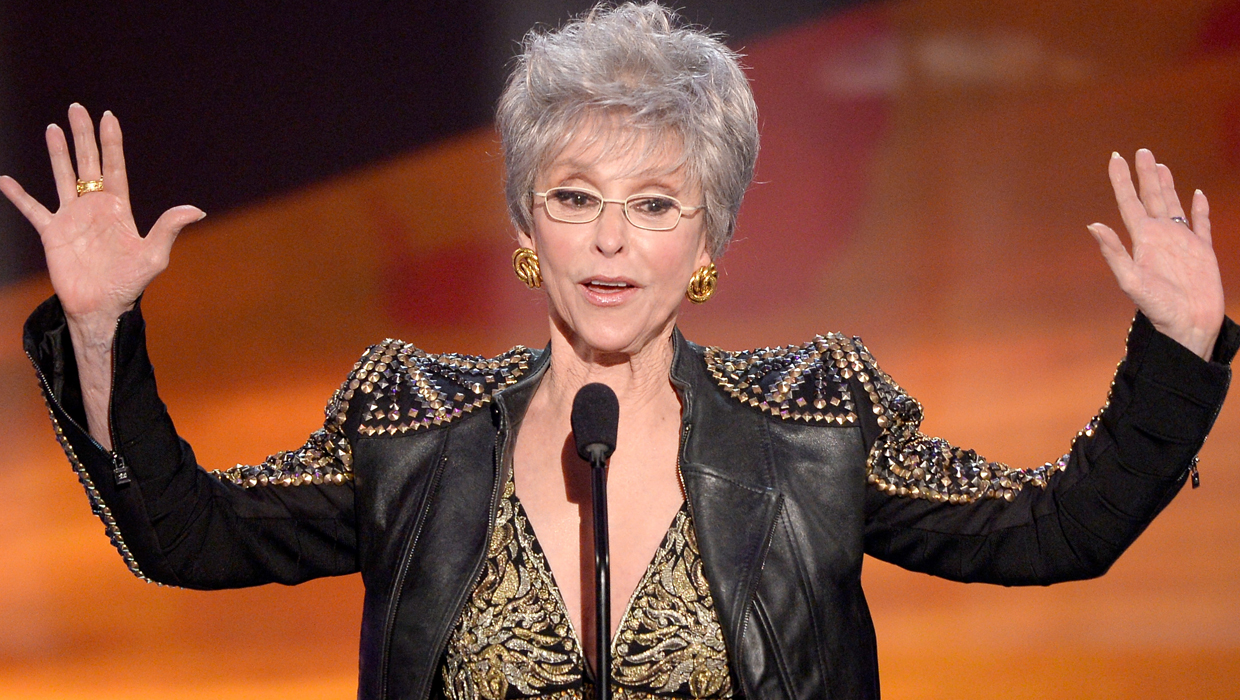 Rita Moreno did a little of everything in accepting the lifetime achievement award from the Screen Actors Guild. She sang, she danced, she dropped the F-bomb.

The 82-year-old entertainer was clearly delighted with being singled out at the SAG Awards on Saturday night. The crowd of actors at the Shrine Auditorium in Los Angeles gave her a standing ovation, with Julia Roberts whooping it up as Moreno's giddy acceptance speech came to a close.

"I am so (expletive) thrilled," she crowed after being introduced by old friend Morgan Freeman.

"I hope the man with the button was there," she said. (He was.) "I'm breathless. I'm so bloody happy. I'm sorry about that word, actually I am not," she added.

Moreno serenaded the SAG audience with a few bars from "This Is All I Ask": "And let the music play/As long as there's a song to sing/And I will stay younger than spring."