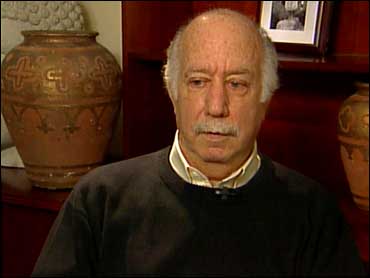 For millions of Americans, medicated stents have been an effective treatment for clogged arteries that can cause serious heart disease.

But now, reports The Early Show medical correspondent Dr. Emily Senay in the second of a two-part series on heart disease, some questions have arisen about the long-term safety of such stents, so patients are looking for answers about where they stand.

New Jersey surgeon Dr. David Seldin, who had five of them inserted in a procedure known as angioplasty and was back on his feet the next day, told Dr. Senay he felt "fine" and was already slated to go home.

But in many cases, scar tissue, called restenosis, forms around the stent, blocking blood flow.

"Tissue grows in and narrows the artery again," explains Dr. Steven Nissen of the Cleveland Clinic, who heads the American College of Cardiology. "And the patient will call up their cardiologist and say, 'When I exercise I'm getting chest pain again.' "

To get around this, Dr. Senay says, a new kind of stent was developed, coated with a drug that prevents scarring. Millions of these drug-coated stents have been placed in patients, but now some doctors are saying these stents present a problem all their own: blood clots that can form even years after the procedure.

"When a clot forms in a stent," says Dr. Nissen, "typically, is very abrupt, and frequently is catastrophic. … It's happening to a small fraction of people. But it's serious enough that it warrants our attention."

Other cardiologists say the concern is real, but the benefits outweigh the risks for many patients.

Dr. Jeffrey Moses, of Columbia University Medical Center, is one of them. He is an interventional cardiologist who has studied drug stents for years.

Asked by Dr. Senay if the potential for clots is reason enough to stop using drug-coated stents, Dr. Moses replied, "I think that would be a terrible consequence of this, if that were the outcome of this controversy, because it benefits hundreds of thousands of patients."

The news of potential problems with the medicated stents worried Dr. Seldin, the surgeon who had five of the devices inserted.

But in the end, his doctors still recommended the drug-coated kind of stent, so he went along.

Does he have any regrets?

"None," was his quick response.

Overall, Dr. Senay says, stent safety is the subject of real disagreement among experts. One reason is a lack of firm long-term data on a relatively new technology, one that's been around for just a few years.

So how do the experts intend to resolve these issues?

Dr. Senay says the Food and Drug Administration plans to convene a panel of experts in December to sort through the available data. Some new data were just released at a medical conference in Washington this week. As expected, studies suggested both pluses and minuses for both kinds of stents. Larger and longer studies are still needed.

And Dr. Senay says there are safeguards against clotting from drug-coated stents, for at least the first year after receiving their stents, patients now receive regular doses of aspirin, and a more powerful anticoagulant drug called Plavix, in order to keep blood flowing freely.

One question that needs to be answered is how many additional months or years those drugs might need to be taken, and what long-term effects regular doses of the drugs might have.

So, how does a patient figure it all out?

"Find a cardiologist who has a lot of experience and whose judgment you trust," Dr. Senay advises. "And get a second opinion if that helps. The bottom line is that each patient is different, and it comes down to which choice is best in each individual case."