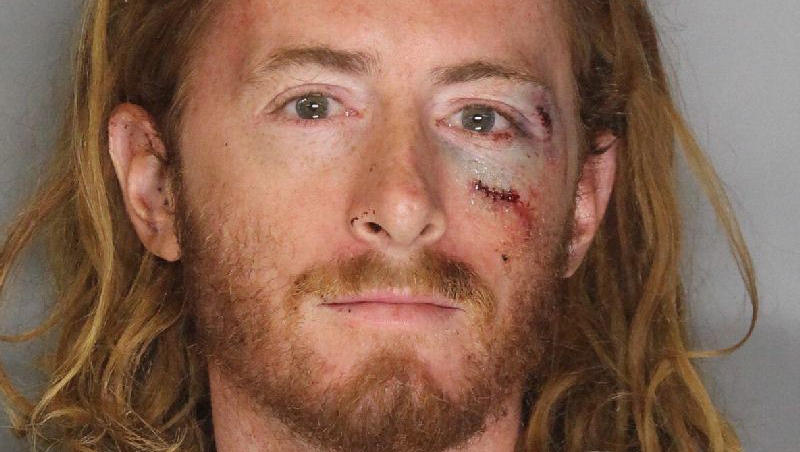 SACRAMENTO, Calif. -- A man smacked Sacramento Mayor Kevin Johnson in the face with a pie at a charity dinner, and an official says the former NBA star went on the defensive.

Johnson had given a speech at the Seeds of HOPE dinner at Sacramento Charter High School Wednesday night when the trouble began, authorities said.

The mayor’s office said the attacker – identified by police as 32-year-old Sean Thompson – shoved a pie in Johnson’s face and punched him, reports CBS Sacramento. Police said a scuffle ensued between Thompson, Johnson and a police officer assigned to protect Johnson.

The mayor’s chief of staff, Crystal Strait, said the mayor defended himself against the man, but she wouldn’t give details.

The mayor tweeted that he’s “doing fine” and added, “Thank you to Sac PD for being there.”

Strait emphasized that it was a genuinely serious and scary situation and there was nothing funny about it, especially because no one including the mayor could tell immediately that it was a pie the man was holding.

“The mayor was assaulted. I was standing right there and I’m still pretty shaken up,” Strait said, speaking some three hours after it happened.

Police agreed. They arrested 32-year-old Sean Thompson on suspicion of assaulting a public official, which is a felony, the Sacramento Police Department said in a statement.

Thompson was treated for a minor injury before he was taken to be booked into jail. It wasn’t clear if he had retained an attorney.

Both police and Strait said Thompson was previously unknown to the mayor and his staff.

After he cleaned up, Johnson spoke again to the audience to calm nerves at the event, which was held in the school’s garden and featured many of the city’s top restaurateurs.

Johnson, who had a long career as an NBA All-Star with the Phoenix Suns and a brief stint with the Cleveland Cavaliers before becoming mayor, has about two months left as mayor after deciding not to seek a third term.

The 50-year-old is married to Michelle Rhee, a former chancellor of Washington, D.C., schools, who was at the event Wednesday night.

Johnson’s signature achievement in office was getting a $500 million arena built for the city’s NBA team, the Sacramento Kings.

His final two years in office were marked by the re-emergence of a decades-old claim of sexual abuse from a woman who was a teenager at the time, when Johnson played for the Suns. The Phoenix Police Department investigated but did not file charges.

Johnson has both denied the allegations and denied that they had anything to do with his decision to leave office.