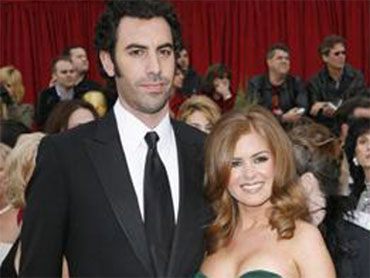 Sacha Baron Cohen and Isla Fisher have married, according to the Australian magazine Women's Day.

According to the report, the couple got married in a private Jewish ceremony in Paris on March 15.

"We did it - we're married!" Fisher said in an email to friends, according to Women's Day. "it was the absolute best day of my life and in so many beautiful moments I missed you all so much. I thought of you as everything was happening, but Sacha and I wanted no fuss - just us!"

The two have been together for about eight years, and got engaged in 2004. They have a daughter, Olive, who was born in 2007.