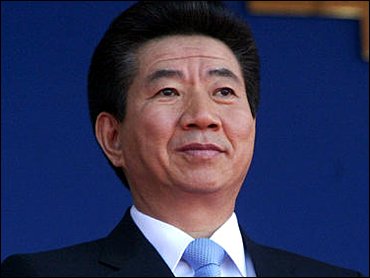 In the three-hour hearing, the nine-judge court heard heated final arguments both from lawyers representing the National Assembly's March 12 impeachment of President Roh, and from Roh's lawyers, who said the impeachment was unconstitutional.

The court said it would announce later when it will give its verdict.

Following Friday's arguments, the court is to hold two to four closed-door sessions to decide whether to uphold the impeachment of Roh and unseat him — or to override it and restore his suspended executive powers.

The National Assembly needs the support of at least six judges to unseat Roh.

The final hearing came amid reports that the court is penning the case's background so that the final ruling can be quickly inserted to avoid delaying the verdict's announcement, expected in mid-May.

South Korea's Yonhap news agency, without citing sources, said the court could reach a tentative conclusion as early as next week.

If the court upholds the impeachment, Roh will immediately be removed and the nation will elect a new president within 60 days.

About 50 people demonstrated outside the court Friday — some supporting impeachment and others opposing it. They continued to harangue each other even after the hearing ended.

During the hearing, lawyers representing the National Assembly made their case first, arguing that the legislature impeached the president because he was "arrogant and self-opinionated, ignored the public opinions and engaged in acts that go against democracy and the constitution."

"If he returns to office, he will continue his authoritarian and dictatorial ruling style," said Kim Ki-choon, an opposition legislator and chief parliamentary lawyer. "I urge the court to make a wise decision, since the fate of a free South Korea depends on its ruling."

Lawyers representing the National Assembly want the president permanently unseated on charges of illegal electioneering and failure to supervise aides — some of whom have been arrested on corruption charges.

Lawyers for Roh said the National Assembly's impeachment vote violates constitutional law. They said Roh himself was not involved in his aides' scandals, and did not violate any election laws.

"The National Assembly has turned upside down the standard of what is right and wrong," lawyer Han Seung-hun said. "I urge the court to correct it."

The opposition Grand National and Millennium Democratic parties, which led the impeachment, saw the number of seats they hold slip from 137 to 121 and from 61 to nine respectively in the polls.

As a result of widespread anger at the impeachment, the pro-Roh Uri Party, which only had 49 seats going into the polls, won 152 seats, a slim majority in the 299-member National Assembly.

Roh was elected in December 2002 on a platform calling for a more equitable relationship with the United States, which has 40,000 troops stationed in South Korea. He also "harshly criticized the Bush Administration's approach" to North Korea, according to a May 2003 congressional report.

But Roh has been a partner in the six-party talks aimed at getting North Korea to end nuclear weapons development. It is not clear what, if any, impact his impeachment would have on those negotiations.

The National Assembly voted to impeach him March 12, during a session marked by legislators shoving each other, one lawmaker setting himself on fire, and a man trying to drive a car up the parliament steps.