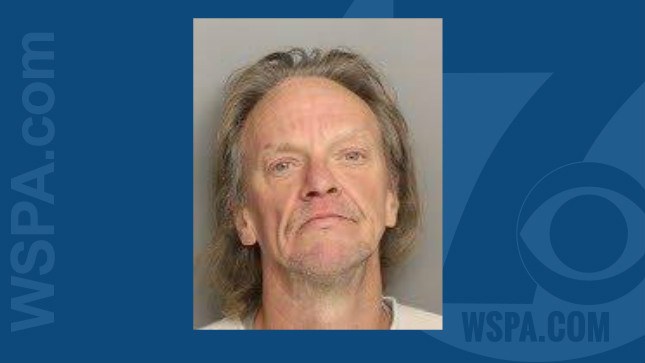 GREENVILLE, S.C. - A Marietta man pleaded guilty Tuesday to dragging a dog behind his truck in exchange for drugs and alcohol in December, reports CBS' WSPA.com in South Carolina.

Now Richard Dennis Owens will spend more than a decade behind bars.

Owens told the judge Tuesday he was in court to "plead guilty to my charges and get it behind me."

Roger Owens told the judge he's been recently diagnosed with schizophrenia and is now on meds.

"This is one of the cruelest things that I've seen since I've been on the bench," said Hon. Letitia Verdin.

She sentenced him to the maximum five years behind bars for felony ill treatment of an animal, plus five years for habitual traffic offender and six months for DUI-related driving under suspension. That's 10-and-a-half years total.

Thirteenth Circuit Solicitor Walt Wilkins said he hopes the sentence will send a message that animal abuse will not be tolerated in the upstate.

Cynthia Saracino, who works with SNARR, the rescue group that cared for the dog, said while the state should have a larger maximum sentence for animal abusers, she hopes Owens' penalty gets attention.

Lynne Dixon adopted Andra Grace and drove her to her Florida home in February. She said she was overjoyed when she heard about Owens' sentence.

"[Andra Grace] was in her bed and I knelt down. And I was already bawling. And I just climbed into her bed with her and scooped her up and squeezed her," said Dixon.

While Andra Grace will always have scars and fur that never grows back, Dixon said the people across the country who rallied around her can sleep a little easier knowing she has a happy life now.

Weisselberg to plead guilty, could testify against Trump Org. in fraud case
Thanks for reading CBS NEWS.
Create your free account or log in
for more features.
View CBS News In
CBS News App Open
Chrome Safari Continue
Be the first to know
Get browser notifications for breaking news, live events, and exclusive reporting.