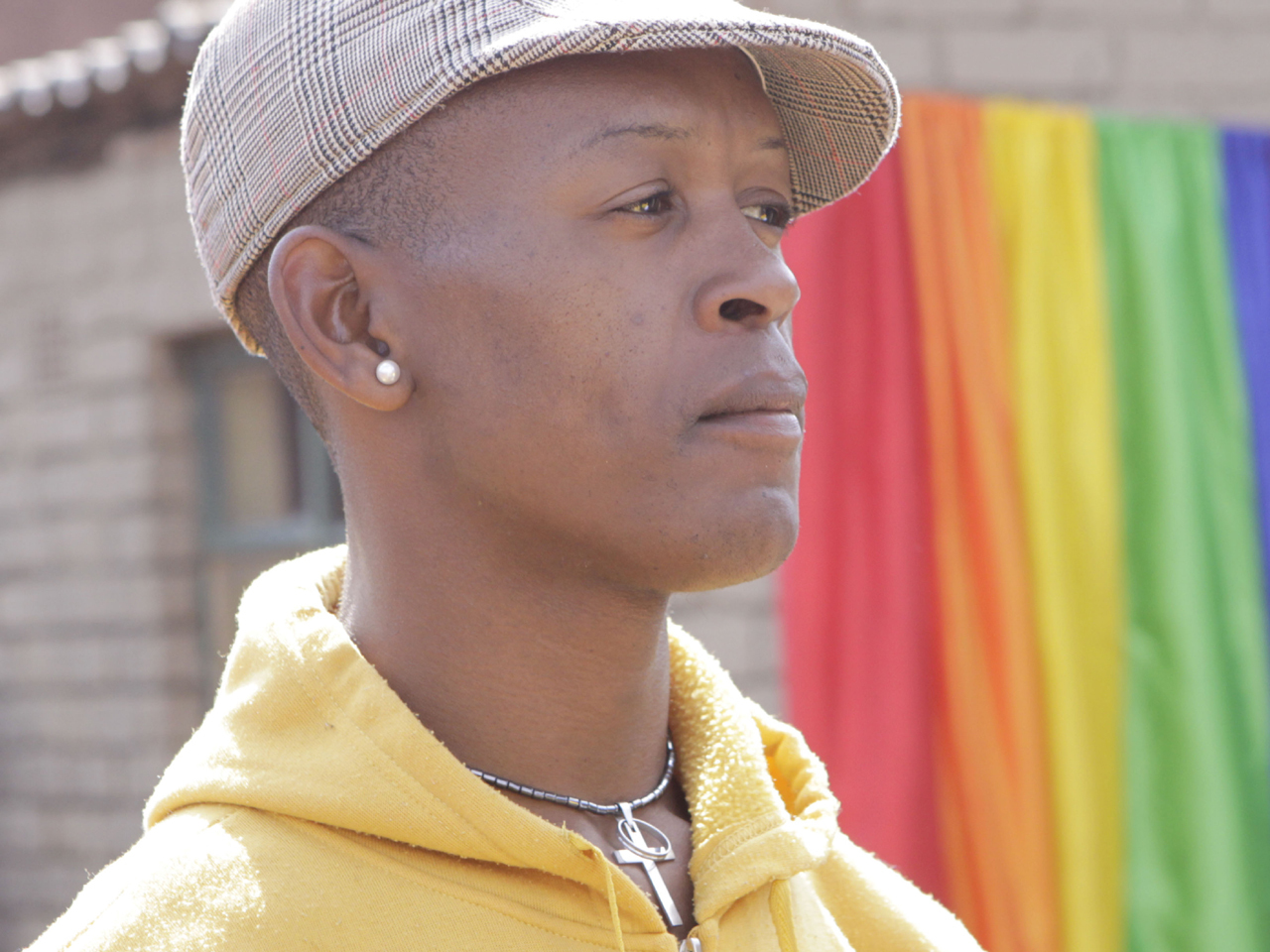 EKURHULENI, South Africa — They found Noxolo Nogwaza's body in a drainage ditch choked with trash and high reeds. The lesbian activist had been repeatedly stabbed with broken glass, and beaten so severely with chunks of concrete that her teeth had been knocked out.

The neighborhood where the 24-year-old mother of two was slain once was known as a haven for black gays and lesbians, but activists say her death here late last month highlights an alarming rise in homophobic violence in some of the country's most impoverished areas.

"If the police and other state officials do not act swiftly, it will only be a matter of time before they have to account for their failure to the family and friends of the next lesbian who is beaten and killed in Kwa-Thema," Human Rights Watch researcher Dipika Nath said in a statement.

No arrests have been made in Nogwaza's death, one of dozens that happen each day in a country with high rates of violent crime. Authorities are also investigating whether she had been raped.

In the days leading up to her funeral, friends, family and colleagues held several marches in her honor, traveling from the ditch where her body was found through the streets of the Kwa-Thema neighborhood in this community just east of Johannesburg.

Some union leaders and politicians also have offered support, with one union noting Nogwaza's children in particular.

"We hope that they will one day manage to see beyond the horror of what has happened, and recognize and be proud of the wonderfully warm and courageous person their mother was," it said in a statement.

South Africa's Ministry of Justice announced last week that it wants to open special shelters for people who fear for their lives because of their sexual orientation. But the governing party's women's league says the government must go further, and wants lawmakers to classify these attacks as hate crimes.

Same-sex marriage is legal in South Africa and the country has among the most liberal laws on sexual orientation on a continent where many other countries punish gay sex with fines and jail terms. But cultural attitudes don't always match the progressive constitution approved in 1996 after the end of apartheid.

"We've been so confident here in South Africa, thinking the law will protect us," said Bontle Khalo, a friend of Nogwaza's who worked with her in a group fighting for the rights of gays and lesbians in Kwa-Thema. "We're facing the same struggles all over this continent and all over this world."

South African lesbians say they are particularly vulnerable in a society where conservative attitudes, especially among the black majority, have strong influence on how women are seen and treated. The attacks on lesbians have all taken place in townships — the communities where black South Africans were forced to live under apartheid that remain predominantly black and poor.

The assaults on lesbians have been called "corrective rapes," and are meant to humiliate and punish women who don't fit the norm. Some attackers have reportedly said they believed they could "cure" women of being lesbians by raping them, said Vasu Reddy, a researcher at the government's Human Science Research Council.

Victims are even believed to include a 13-year-old girl who was assaulted in Pretoria last week.

Some 30 attacks have been documented since 2003, and they have steadily increased over the years, Reddy said. But the real number is likely higher because victims can be reluctant to come forward for fear of being stigmatized or blamed, and because the motives of murders aren't always immediately known or recorded.

The drafters of South Africa's constitution, with its clauses banning discrimination on the basis of sexual orientation, wanted a document that countered the restrictions and inequities of the apartheid era.

Activists have used the charter to push for more in the courts, overturning anti-sodomy laws, and securing guarantees that gay parents have equal child custody and adoption rights. But such success can lead to backlash.

"There is a mismatch between the constitutional protections and the mindset of people on the ground," Reddy said.

Kwa-Thema, where Nogwaza lived and died, had long been known as being gay-friendly, drawing people from across the country.

Then in 2008, Eudy Simelane, an openly lesbian star on South Africa's women's national soccer team and a Kwa-Thema resident, was gang-raped, beaten and stabbed. Another lesbian, Girlie Nkosi, was stabbed a dozen times in a Kwa-Thema club in 2009.

Those deaths led to the founding of Ekurhuleni Pride Organizing Committee known as EPOC. One of its first events was a gay pride march through Kwa-Thema in 2009 that was endorsed by religious and traditional leaders, Khalo said.

About 500 people marched in 2009, and even more turned out last year. Khalo, EPOC's spokeswoman, thought the marches and discussions helped for a time. Then came Nogwaza's death in late April.

Nogwaza, whose first name means peace, had been active in the group. Colleagues said she was ready to help out with the unglamorous work of putting up posters and knocking on doors to spread the word about events, and came to meetings regularly.

Her family reportedly accepted her homosexuality an aunt told a local newspaper she used to buy her niece men's clothes.

Khalo believes the violence in Kwa-Thema comes from a small group of people, and that it can be overcome. She plans another gay pride march this year, though she acknowledges it could stir anger among those who want gays and lesbians to keep quiet.

"We are afraid," she said. "But I think sitting down and not doing anything doesn't help."