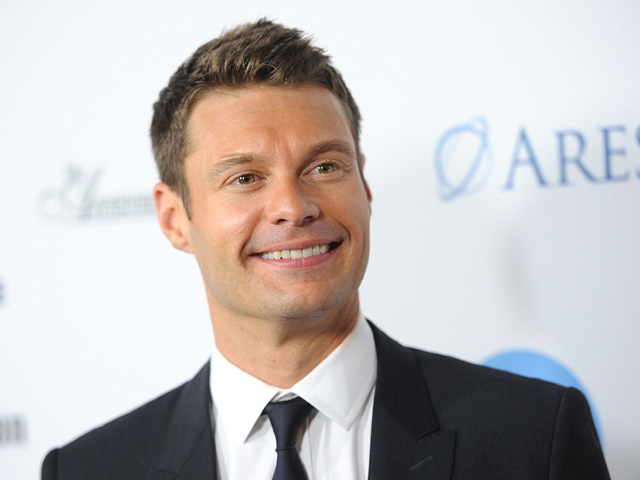 (CBS) Ryan Seacrest could be adding morning show co-host to his long list of job duties.

The TV personality, who hosts "American Idol," co-hosts newscasts for E! and has his own radio show and production company, is reportedly being considered to take over for Matt Lauer if Lauer leaves the "Today" show next year.

The Wall Street Journal reported Wednesday that Seacrest, 36, had met with NBC executives the night before. The talks are "preliminary," according to the paper, but people familiar with the matter say he is one of NBC's top replacement choices.

Comcast has a majority stake in NBCUniversal, which owns the E! network. The "Today" talks are reportedly part of a series of discussions that Comcast and NBC are having with Seacrest about expanding his role at the company.

The New York Times, citing an individual with knowledge of the negotiations, reports Thursday that NBC and Comcast are looking for ways to "keep Ryan in the Comcast family" - one of those options being putting Seacrest in line to replace Lauer if the "Today" co-host chooses to leave  when his contract expires at the end of 2012.

News of the discussions was met with mixed reactions from online commenters and other media outlets, with some saying Seacrest lacked experience covering hard news. One of those outlets was the Inside Cable News blog, which tweeted: "Can anyone picture Ryan Seacrest covering 9/11 if he'd been at Today on that date? Didn't think so..."

The Times report says that Seacrest is expected to begin making appearances on the 9 a.m. hour of the show, which is lighter than the program's earlier hours, and could come on the morning show with entertainment news or exclusive interviews. He may also take an "apprenticeship" under Lauer to gain news credibility, according to the paper.

Tell us: Do you think Seacrest would make a good "Today" co-host?