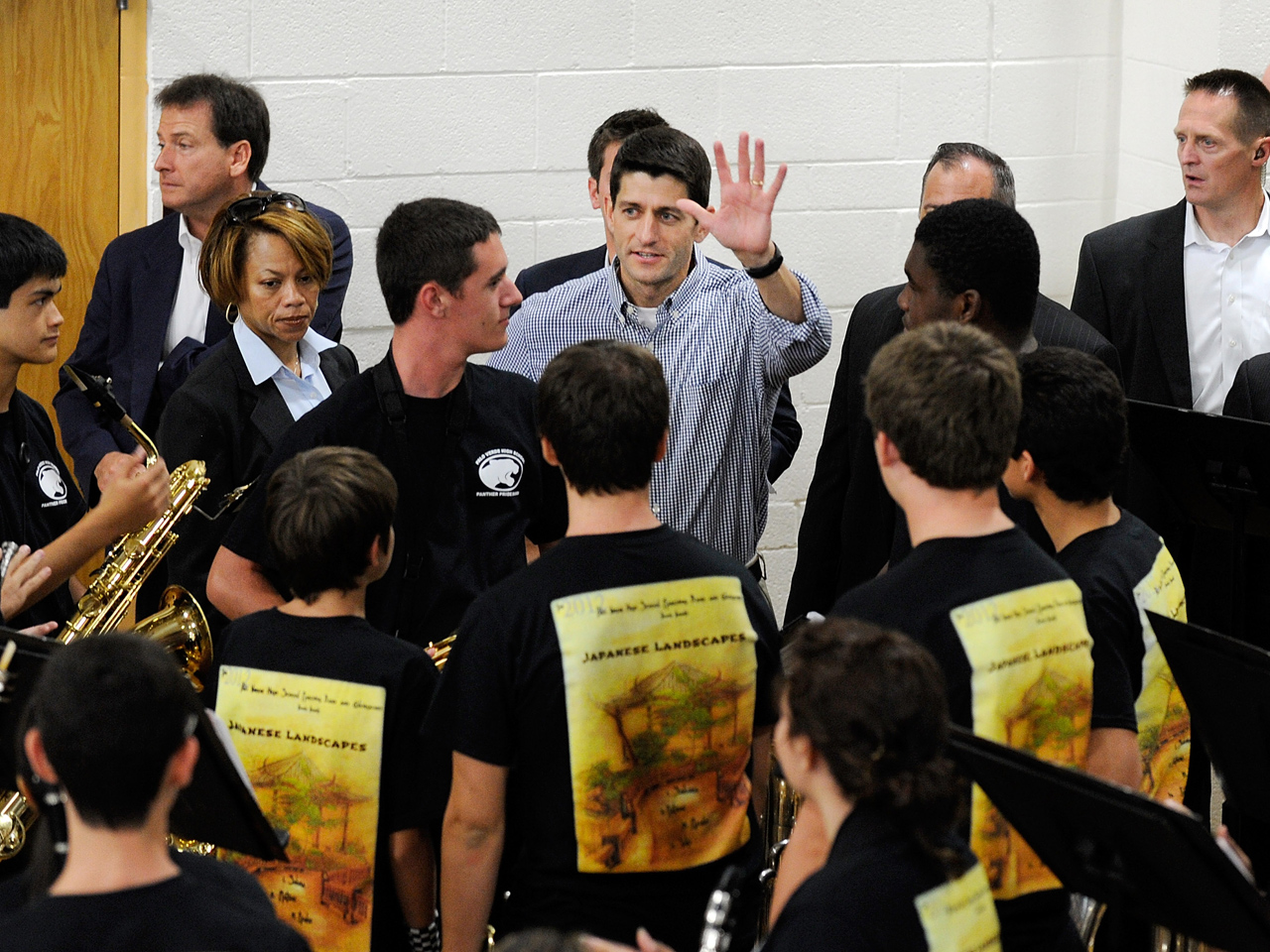 (CBS News) LAS VEGAS - Vice presidential candidate Paul Ryan turned his attention to the fundraising portion of his new job Tuesday evening as he met with the Romney campaign's Nevada Finance Leadership at the Venetian Hotel. The hotel and casino is owned by GOP megadonor Sheldon Adelson, who was reported to be meeting with Ryan.

Earlier in the day, Ryan spoke to more than 2,000 people at a high school gym here in a speech that the Romney campaign had said would focus on foreclosures. The Wisconsin congressman offered no policy prescriptions, telling attendees that they deserved better.

"Since the president took office, 8.5 million foreclosure filings. Home values down an average of 20,000 dollars. 11 million homes underwater. Nevada ranks 5th in foreclosures. The unemployment rate? I had to read this number three times. 11.6 percent in Nevada," Ryan said. "You deserve better than that. You deserve jobs in your economy, you deserve an america that's heading in the right direction."

Ryan's event at the Venetian was closed to the news media. Romney generally has permitted coverage of fundraising events held in public venues, but an aide said the rule didn't apply in this case with Ryan because the event isn't a fundraiser.