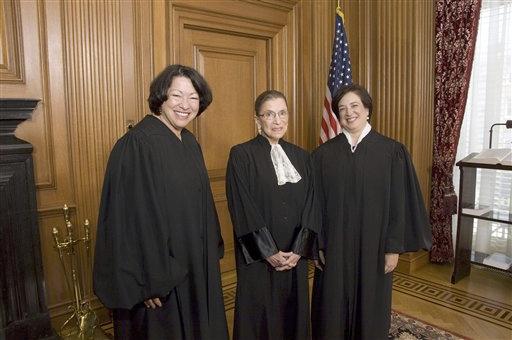 (CBS News) Despite much speculation that Supreme Court Chief Justice John Roberts switched his vote this June over the fate of President Obama's landmark health care law, Supreme Court Justice Ruth Bader Ginsburg dismissed the notion that such an occurrence would have been a big deal, telling Reuters in an interview that justices "change their minds."

"It ain't over 'til it's over," she said. "People change their minds about what they thought. So it isn't at all something extraordinary, and that's how it should work. We're in the process of trying to persuade each other and then the public."

Bader Ginsburg declined to comment on the specifics of Roberts' health care vote, and suggested up front that she wouldn't answer questions about it.

"Don't ask me if the chief switched sides," she said.

According to a July report by CBS News' Jan Crawford, Roberts, who votes largely with conservatives, had been poised to strike down the health care law - but changed his mind in the days before the opinion was released.

Among the possible motivations for a change of heart, observers speculated, was Roberts' fear that the reputation of the Supreme Court would be damaged by a decision that appeared to be politically driven. That concept did not sit well with conservatives, many of whom criticized the chief justice for ceding to political influences surrounding the case.

"I see it deciding a very sensitive case with political connotations," she said on CBS News' "Face the Nation." "Any time you're deciding a case involving a presidential election, it's awfully close to politics," she said.

Justice Antonin Scalia, who was believed to be the law's fiercest opponent on the court, dismissed reports that he and Roberts had a "falling out."

"You shouldn't believe what you read about the court in the newspapers, because the information has either been made up or given to the newspapers by somebody who is violating a confidence, which means that person is not reliable," Scalia said in a July interview with CNN.

When pressed, he added: "No, I haven't had a falling out with Justice Roberts."

He added that he did not believe the health care ruling had been based on personal politics.

"But that is only to say that they are who they are," he added.