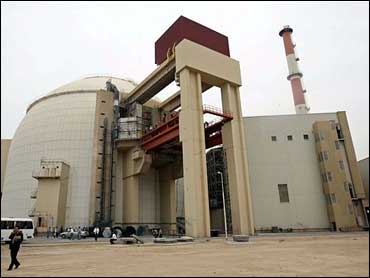 Iran received the first shipment of nuclear fuel from Russia on Monday for its Bushehr reactor, the official Iranian news agency IRNA reported.

Russia has been assisting the Iranians in the construction of the nuclear power plant and announced earlier Monday that the first shipment of nuclear fuel was on its way to Iran.

Iran contends the reactor operation in the southern Iranian town of Bushehr is strictly for civilian purposes, but some critics suspect Tehran intends to use the plant as part of an alleged effort to develop nuclear weapons.

Construction at Bushehr had been frequently delayed. Officials said the delays were due to payment disputes, but many observers suggested Russia was also unhappy with Iran's obstinate resistance to international pressure to make its nuclear program more open and to assure the international community that it was not developing nuclear arms.

Russia announced last week that its construction disputes with Iran had been resolved and said fuel deliveries would begin about a half year before Bushehr was expected to go into service.

"The transfer of nuclear fuel will continue and all the (required) fuel will be shipped to Iran in accordance with the timetable," IRNA quoted Aghazadeh, who is also head of Iran's nuclear program, as saying.

In Moscow, the Russian Foreign Ministry insisted that all the fuel will be under the safeguards of the U.N. nuclear watchdog agency.

"All fuel that will be delivered will be under the control and guarantees of the International Atomic Energy Agency for the whole time it stays on Iranian territory," the Foreign Ministry said in a statement Monday. "Moreover, the Iranian side gave additional written guarantees that the fuel will be used only for the Bushehr nuclear power plant."

Aghazadeh said the Bushehr plant was 95 percent complete and would begin operations "next year." He indicated the reactor needed 80 tons of nuclear fuel during the initial phase of operation, but did not provide further details.

In a rare criticism of Russia in March, Iran complained that the inauguration of Bushehr was eight years behind schedule. According to Iranian officials, the plant had been expected to come on stream in July 1999.

Although Russia has resisted the U.S.-led drive to impose harsher sanctions on Iran, it has also repeatedly urged Tehran to cooperate with the Vienna, Austria-based IAEA to resolve concerns over the nuclear program.

The U.S. has been pushing the U.N. Security Council to pass a third round of sanctions against Iran for its refusal to suspend uranium enrichment, a process that can produce fuel for a nuclear reactor or fissile material for a bomb.

The American effort became more difficult recently with the release of a new U.S. intelligence report that concluded Iran had halted its nuclear weapons development program in 2003 and had not resumed it.