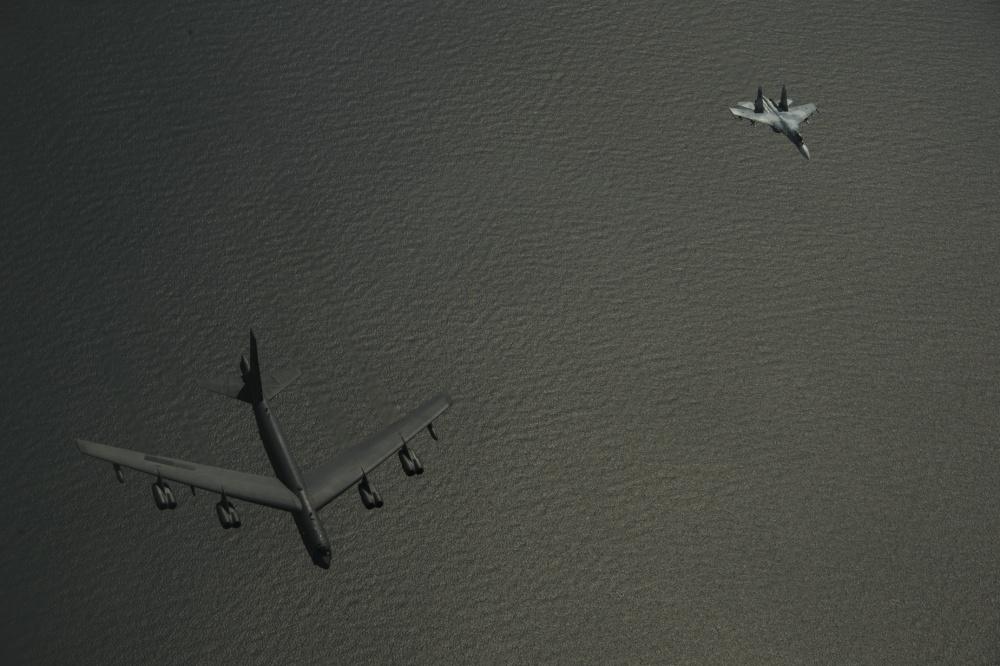 Pentagon spokesman Capt. Jeff Davis said the intercept was considered "safe and professional."  There was media on board the refueler so there is expected to be video of the intercept.

On Tuesday, Russia's defense ministry said it scrambled a fighter jet to intercept and escort a U.S. strategic bomber flying over the Baltic alongside the Russian border. The American B-52 Stratofortress bomber was flying near the border of Russian airspace.

Similar incidents have happened close to Russian airspace in the past. In September, a Russian fighter jet flew within 10 feet of a U.S. Navy surveillance aircraft, in what American officials called an unsafe intercept over the Black Sea.