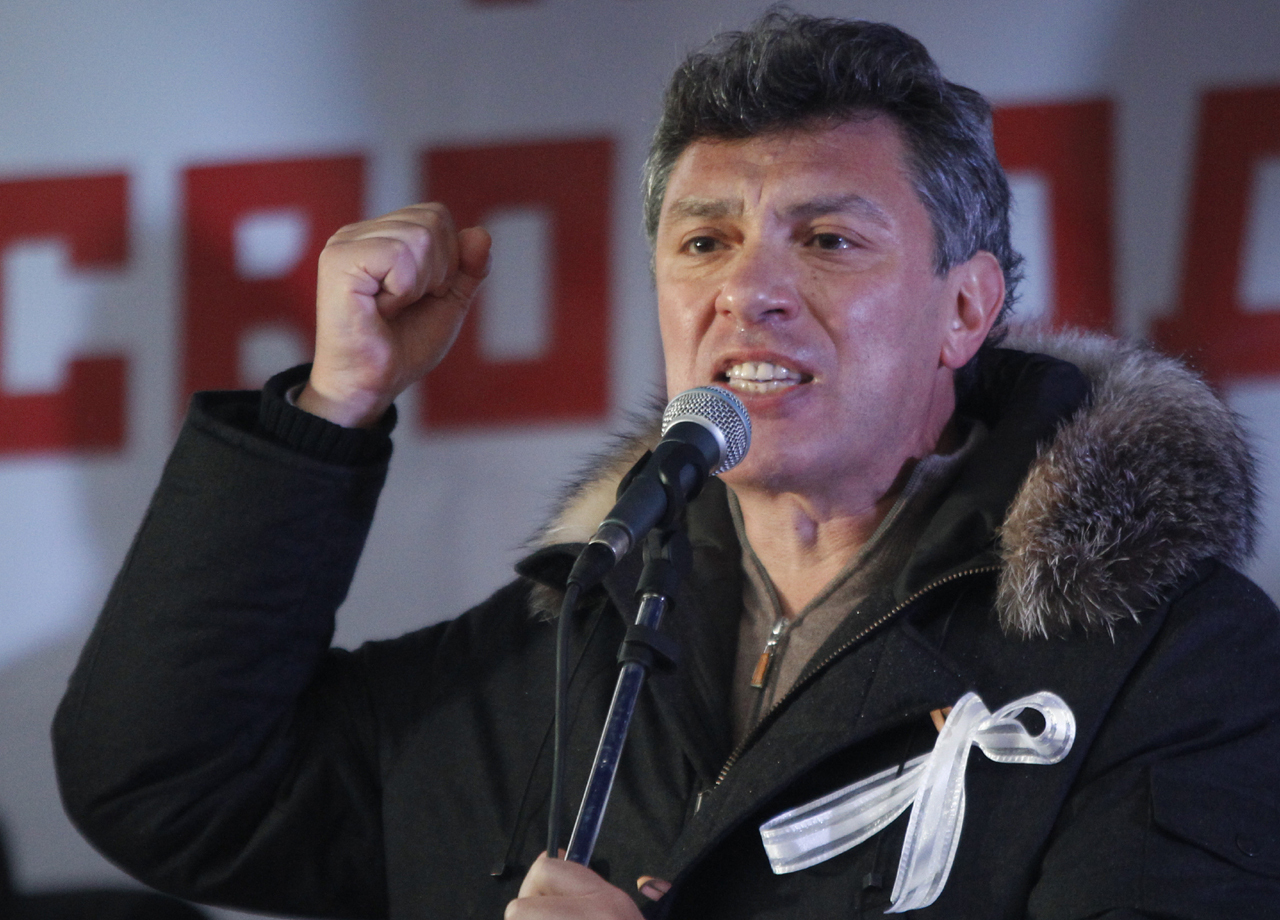 MOSCOW -- Boris Nemtsov, a leader of Russia's opposition and an outspoken critic of President Vladimir Putin, was shot and killed early Saturday in Moscow.

Ilya Yashin, a member of Nemtsov's RPR-PARNAS political party, told CBS News Nemtsov was gunned down by four shots on Vasilievsky Spusk, a pathway behind Red Square and near the Kremlin.

The Russian Interior Ministry, which oversees the country's police force, said the shooting took place shortly after midnight. Interior Ministry spokeswoman Yelena Alexeyeva told reporters on the scene that Nemtsov was walking with a female acquaintance, a Ukrainian citizen, when a white vehicle drove up and unidentified assailants opened fire. The woman wasn't hurt.

Nemtsov's killing ignited a fury among opposition figures who assailed the Kremlin for creating an atmosphere of intolerance of any dissent and called the killing an assassination.

"Putin noted that this cruel murder has all the makings of a contract hit and is extremely provocative," presidential spokesman Dmitry Peskov said in remarks carried by Russian news agencies.

President Barack Obama called on Russia's government to perform a "prompt, impartial and transparent" investigation to bring the perpetrators to justice.

U.S. Secretary of State John Kerry said Nemtsov committed his life to a more democratic Russia, "and to strong relationships between Russia and its neighbors and partners, including the United States."

CBS News foreign correspondent Clarissa Ward reported Nemtsov's killing comes one day before he was scheduled to lead the Vesna ("Spring") opposition rally, which comes amid a severe economic downturn in Russia caused by low oil prices and Western sanctions.

Nemtsov, 55, served as deputy prime minister during the 1990s under Boris Yeltsin, Russia's first elected president. Since 2012, he had co-chaired the pro-business RPR-PARNAS (Republican Party of Russia-People's Freedom Party).

He was a sharp critic of Putin, assailing the government's inefficiency, rampant corruption and the Kremlin's policy on Ukraine, which has strained Russia-West ties to a degree unseen since Cold War times.

Yashin told Ekho Moskvy radio that he last spoke with Nemtsov two days before the killing. Nemtsov was working on a report presenting evidence that he believed proved Russia's direct involvement in the separatist rebellion that erupted in eastern Ukraine last year.

Ukraine and the West have accused Russia of backing the rebels there with troops and weapons. Moscow has denied the accusations, but large numbers of sophisticated heavy weapons in the rebels' possession has strained the credibility of its denials.

Yashin said he had no doubt that Nemtsov's murder was politically motivated.

"Boris Nemtsov was a stark opposition leader who criticized the most important state officials in our country, including President Vladimir Putin. As we have seen, such criticism in Russia is dangerous for one's life," he said.

Political analyst Stanislav Belkovsky told Ekho Mosvky that he did not believe that Nemtsov's death would in any way serve Putin's interests.

"But the atmosphere of hatred toward alternative thinkers that has formed over the past year, since the annexation of Crimea, may have played its role," Belkovsky said, referring to the surge of intense and officially endorsed nationalist discourse increasingly prevalent in Russia since it annexed Ukraine's Crimean Peninsula.

After Putin was first elected in 2000, Nemtsov became one of the most vocal opponents of his rule. He helped organize street protests and wrote extensively about official corruption, especially regarding the 2014 Sochi Winter Olympics.