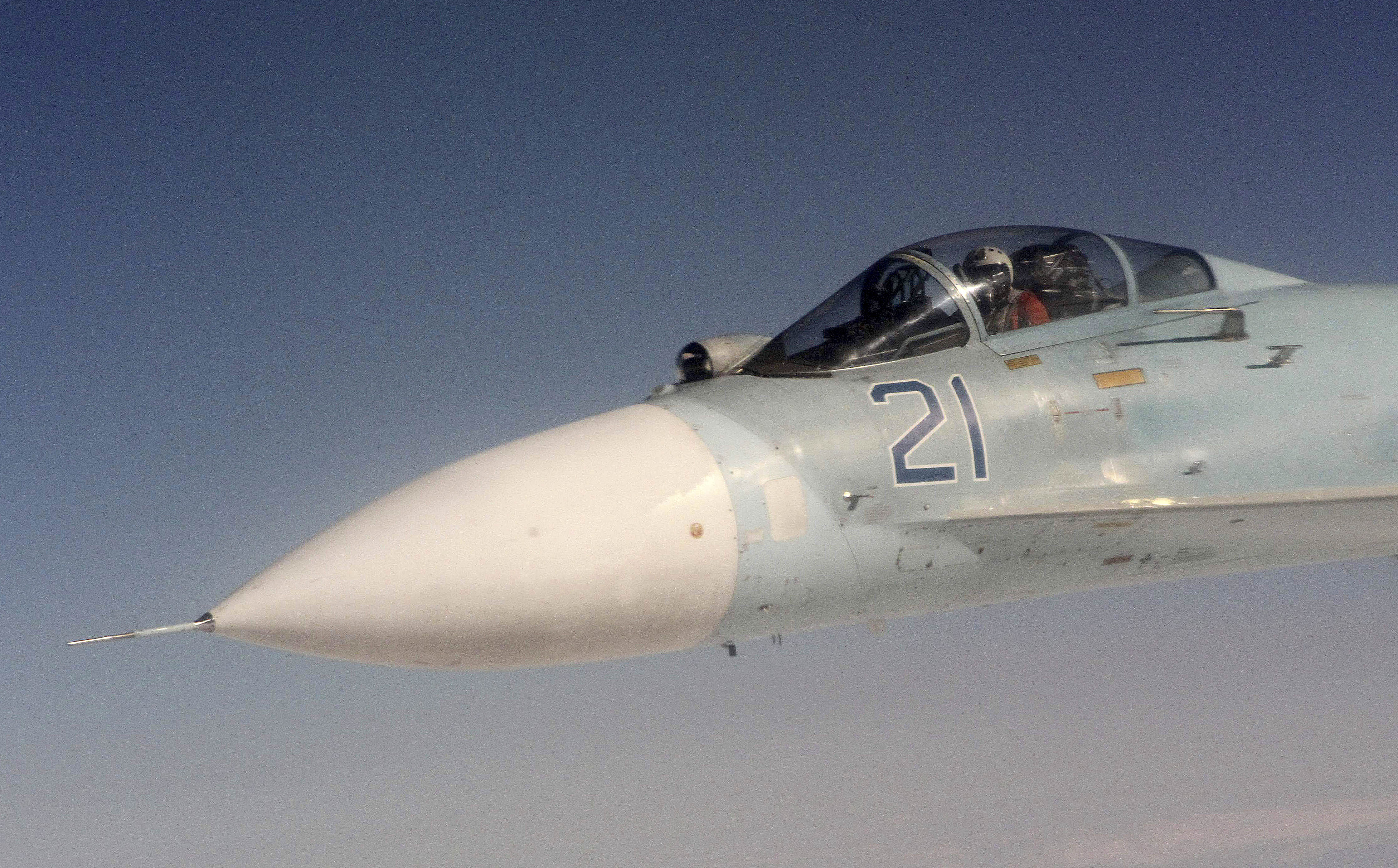 OVER ALASKA Flying at 34,000 feet over the Bering Strait, the Russian pilots had a singular focus: making sure they smoothly received the hand-off of a "hijacked" jetliner from their U.S.-Canadian counterparts.

Up here, there were no thoughts about strained Russia-U.S. relations. Those were for another day, and for high-level officials. This training exercise was to make sure Russia and NORAD forces could find, track and escort a hijacked aircraft over international borders.

NORAD's director of operations, Canadian Major Gen. AndrDe Vien, said there were never any discussions about canceling the exercise, known as Vigilant Eagle. It's been held five times since 2003. But the exercises on Tuesday and Wednesday were the first since U.S.-Russian relations became strained because of National Security Agency leaker Edward Snowden, Syria, human rights and other issues.

"The cooperation with the Russian Federation Air Force personnel has been ongoing for the past year for this particular serial, and at no time there was any discussion about canceling the event for this year," Vien said Thursday at the conclusion of the two-day exercise.

His counterpart, Gen. Major Dmitry Gomenkov, commander of the Aerospace Defense Brigade for eastern Russia, agreed. "I see no problems," Gomenkov said through a translator.

Col. Patrick Carpentier, the deputy commander of NORAD's Alaska Region, was an observer on the "hijacked plane," and said the exercise is about cooperation.

"All these other factors really don't play in this," said Carpentier, a member of the Canadian Air Force. "This is a mission that we have to accomplish, so it really is beyond those types of frictions. We cooperate because we have to."

Russian observers were at NORAD facilities in both Anchorage, Alaska, and Colorado Springs, Colo., while NORAD personnel were sent to Khabarovsk, Russia, to observe the exercise.

The drama played out twice this week over western Alaska and eastern Russia, involving the Russian Federation Air Force and for the first time ever, Canadian Air Force planes representing NORAD, a bi-national command of Canada and the U.S.

It involved a small plane, representative of a 757 passenger jet, being hijacked shortly after taking off from Ted Stevens Anchorage International Airport.

Two Canadian CF-18 Hornets intercepted the hijacked plane, flying at about 500 knots (575 mph), a little bit west of Mount McKinley, the highest peak on North America. The two Canadian fighters escorted the plane over Alaska's western coast, where it was handed off to three Russian Sukhoi (SU-27) fighter jets at the border.

The Canadian jets kept their distance from the "hijacked" plane, unlike the Russian fighter jets, which were so near the wings at all times, they were close enough that observers could make out the faces of the Russian pilots.

From the handoff over the Bering Strait, which separates Russia from Alaska, the hijacked plane was taken to a Russian Air Force base in Anadyr, Russia.

The exercise was repeated the following day but with the passenger jet taking off from Russia.

This was the first time the actual hand-off of the hijacked plane occurred. Previous exercises had the NORAD or Russian fighters break off at a certain point and the other jets picking up the target later.

Both Vien and Gomenkov deemed the exercise a success.

Gomenkov said planning for next year's exercise will begin in November, and both sides will offer suggestions on how to make it better, if not more complex.