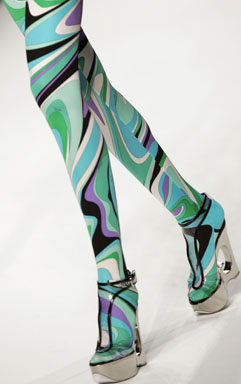 Brooklyn's Brighton Beach neighborhood has earned the nicknamed "Little Odessa" because it reminds its thousands of Russian immigrant residents of the Black Sea resort back home.

But while it is home to many law-abiding citizens looking a better life, Little Odessa is also ground zero for the Russian Mafia in the United States.

When most people think of organized crime, CBS News Correspondent Bill Plante reports, it calls to mind images of The Godfather or The Sopranos—in other words, the Italian Mafia.

But in less than 30 years, Russian organized crime has grown to pose a threat law enforcement officials think could be greater than that posed by La Cosa Nostra.

The reason for the Russian Mafia's dominance, says Friedman, is that they "have something no crime group in the world has. They have their own state to work from, in fact, a former superpower."

Under pressure from the Nixon administration, Moscow agreed to allow more Soviet Jews to emigrate. But in a move copied years later by Fidel Castro, the Soviets opened prison doors in the gulag and thousands of hard-core criminals left for the United States.

Since then, the Russian Mafia has been linked to penny stock manipulation, gas excise tax scams, health care fraud and cybercrime—criminal enterprises where they are pioneers, not just perpetrators.

But law enforcement officials say the Russians are particularly good at money laundering, the lifeblood of organized crime. In fact, other crime groups use the Russians to clean their dirty money.

From the Valentine's Day Massacre to Murder, Inc., organized crime in America already has a blooy history. But Friedman says the Russians are even more ruthless than the mobsters who preceded them.

One of the Russian Mafia's most notorious members is Vyacheslav Ivankov, who wears eight-pointed star tattoos on his chest to show that he belongs to the highest rank of the Russian underworld.

Reputed to be the godfather of the Russian mob in this country, he is currently serving a nine-and-half-year prison term for extortion.

"He was kicked out of Russia by the ruling council of mobsters because he was killing so many people," says Friedman. Ivankov was one of the first Russian mobsters to alert American law enforcement to the criminal threat coming out of the former Soviet Union.

Prosecutors say he ran a criminal network that stretched clear across the country.

The worldwide reach of the Russian mob was demonstrated by Ludwig Fainberg, a.k.a. "Tarzan." according to Friedman, the nightclub owner arranged the sale of a Russian submarine, complete with a captain and crew, to Colombian drug runners.

He was arrested before the sale took place, but if the deal had gone through, it would have given the Colombians huge, new smuggling capability: the means to bring 40 tons of cocaine to points up and down the North American Pacific coast.

Like the Italians and Russians, many immigrant groups became involved in organized crime when they first came to America. Irish, Jewish, Chinese and Albanian are just a few. Friedman warns that the Russian Mafia is ready to enter the next stage of criminal development.

"What the Italians were able to do was to get into labor unions, to get into legitimate industries to use their money to corrupt major politicians, cops, prosecutors—sometimes even fix political races," he explains.

"The Russians aren't there yet in America," the author says. "But they'll learn. They'll learn very quickly."