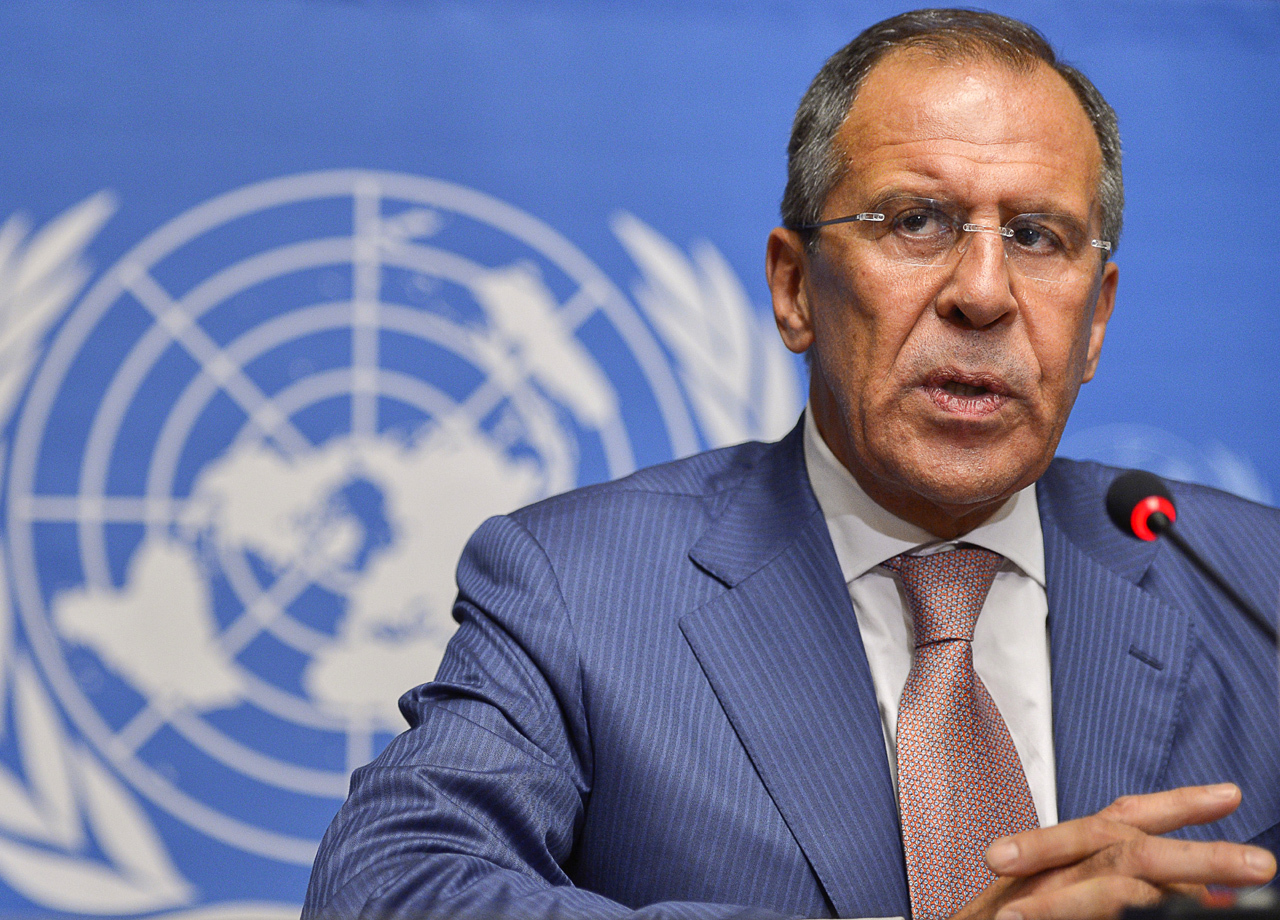 When pressed by Rose as to whether he has considered the fact that in the case of Syria, Russia is "very much on the wrong side of history," Lavrov responded "You can only judge when history evolves and we are now watching history in the making."

Lavrov continued his defense of Russian foreign policy, invoking a 2003 incident at the U.N., when then Secretary of State, Colin Powell, pleaded with the council to invade Iraq on the grounds that Iraq was harboring biological weapons.

"When my good friend Colin Powell was shaking this vial," Lavrov said. "This white powder in the Security Council, the Americans were telling us, 'Unless we authorize the use of force against Iraq, we would be on the wrong part of history. And it turned out to be that there was no anthrax in that vial."