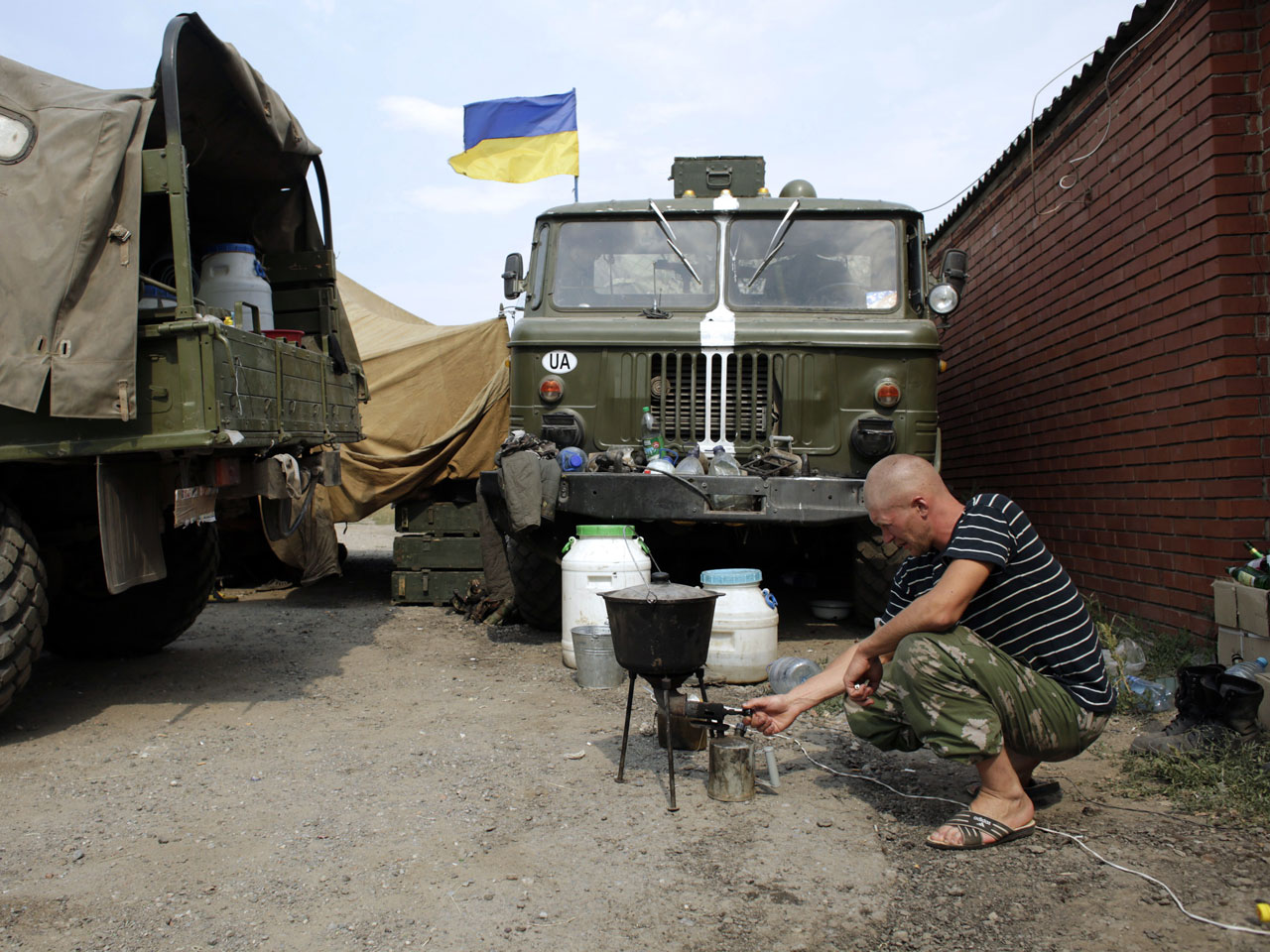 DONETSK, Ukraine - The Red Cross will lead an international humanitarian aid operation into Ukraine's conflict-stricken province of Luhansk with assistance from Russia, the European Union and the United States, Ukraine said Monday.

The Kremlin earlier announced that it was dispatching the humanitarian convoy into eastern Ukraine, where pro-Russia separatists are battling the central government in Kiev.

Such initiatives have previously faced sustained opposition from Ukraine and the West, who had feared they could act as a pretext for sending Russian troops into rebel-held territory. Ukraine and the West have long accused Russia of arming and supporting the rebels, a charge that Russia has denied.

Officials in Kiev took pains to specify Monday that the Ukrainian government was behind the humanitarian convoy initiative, and that Moscow was only one of several countries involved. They also said the mission had the backing of President Barack Obama.

"Apart from deliveries provided by Ukraine, the mission will feature an international component, including aid provided to the International Committee of the Red Cross by the United States, the EU, as well as Russia," Ukraine's Foreign Ministry said.

The ministry also laid out specific conditions for the convoy to ensure only civilians in need benefit.

"Humanitarian aid will only be distributed among the civilian population of the Luhansk province, which has long been suffering from the actions of illegal armed gangs," the ministry said in a statement.

In the last week, Ukrainian government forces have been closing in on the few remaining pro-Russian rebel strongholds in eastern Ukraine, including Donetsk, the largest city in rebel-held city. Hundreds of thousands have been fleeing the fighting.

Some of the heaviest impact on civilians has been seen in Luhansk - the rebel-held capital of the Luhansk province that had a pre-war population of 420,000. City authorities said Monday that the 250,000 residents remaining have had no electricity or water supplies for nine days.

Food, medicine and fuel are also not being delivered, Luhansk city government said.

Shortly after the Kremlin issued its statement, Ukrainian President Petro Poroshenko got on a phone call with Obama, according to their offices. Then Poroshenko announced the coordinated aid mission.

Earlier, European Commission chief Jose Manuel Barroso said he warned Russian President Vladimir Putin in a telephone call "against any unilateral military actions in Ukraine, under any pretext, including humanitarian."

"I hope that our Western partners will not put a spanner in the works," he said.

The Interfax-Ukraine news agency quoted Ukrainian Foreign Ministry spokesman Yevhen Perebiynis as saying the humanitarian convoy could only be carried out under specific conditions. He said all aid would have to cross into Ukraine through border crossings under Kiev's control.

At least 60 miles of the long Russian-Ukrainian border is currently in rebel hands.

Barroso also talked to Poroshenko, emphasizing the EU's readiness to increase its support for any humanitarian mission.

Earlier Monday, rockets slammed into a high-security prison in the main rebel-held city of Donetsk, igniting a riot that allowed more than 100 prisoners to flee, authorities said.

Many of those in Russian-speaking eastern Ukraine distrust the new central government in Kiev, which came to power after the February ouster of former President Viktor Yanukovych, whose power base was in eastern Ukraine.

Fighting began a month after Russia annexed Ukraine's peninsula of Crimea in March.