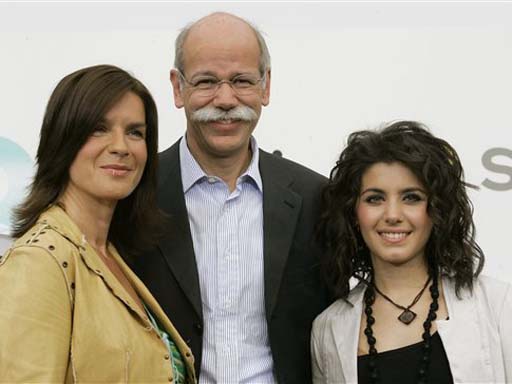 Forty years ago Russia made history by launching the first man into space.

Thursday, the nation marked the occasion with wreath-layings amid protests about the nation's diminishing resources for space exploration.

Cosmonauts Day is celebrated every year to honor Yuri Gagarin's 108-minute orbit around the Earth on April 12, 1961.

"We have the right to take pride in the fact that this huge scientific-technical breakthrough was achieved in our country," said President Vladimir Putin, according to the ITAR-Tass news agency.

Putin visited the cosmonaut training center in Star City, just north of Moscow, and laid flowers at a monument to Gagarin. There he met with veterans of the space program and presented the complex with a painting of Gagarin, who died in a jet fighter test flight in 1968.

He also met with American millionaire Dennis Tito, who is paying a reported $20 million to ride a Russian rocket to the International Space Station later this month.

Addressing complaints about the wavering support for the country's faltering space program, Putin promised that the government would resolve funding problems that have plagued the agency. The space sector's morale suffered a severe blow last month the deteriorating Mir space station taken out of orbit. The space program is integral to Russia's development, he said.

Putin said that although many critics say "it is not necessary to spend such money for the opening of space … it is impossible to create new materials, examine the Earth, prospect natural resources, forecast weather or develop communications without the space sphere," news reports said.

In Moscow, space officials laid a wreath and red carnations at Gagarin's grave in the wall of the Kremlin.

"We will always remember the courageous feat of the Russian and the achievements of Russian science and space technologies," he said. "Today, too, Russian science is in the lead in many areas and the government's task is provide the conditions for its development."

Back in 1961, Russia shocked the United States with its first manned space flight, and tensions between the two superpowers escalated. The U.S. scrambled to launch Alan Shepard into a 15-minute suborbital flight a few weeks later.