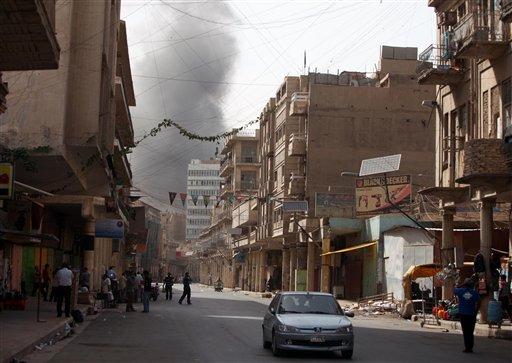 Ivanov told Putin that his ministry would "further perfect and modernize the anti-ballistic missile system," the news agency reported.

He said the anti-ballistic missile had passed its test on Monday morning at the Sary-Shagaz testing range in the former Soviet republic of Kazakhstan.

Ivanov said earlier that Russia would test-fire a mobile version of the new Topol-M missile before the year's end and would commission it next year.

Topol-Ms have a range of about 6,000 miles and reportedly can maneuver in ways that are difficult to detect. The missile, which can intercept and destroy other missiles, has been deployed in silos since 1998.

Russia reacted calmly when Washington withdrew from the Anti-Ballistic Missile Treaty in 2002 in order to develop a nationwide missile shield. But Moscow has since complained about Washington's plans to build new low-yield nuclear weapons.

Last month, Putin said Russia was developing a new nuclear missile system unlike any weapon held by other nuclear powers. In the past year, Russian defense officials have also made several announcements about new weapons.