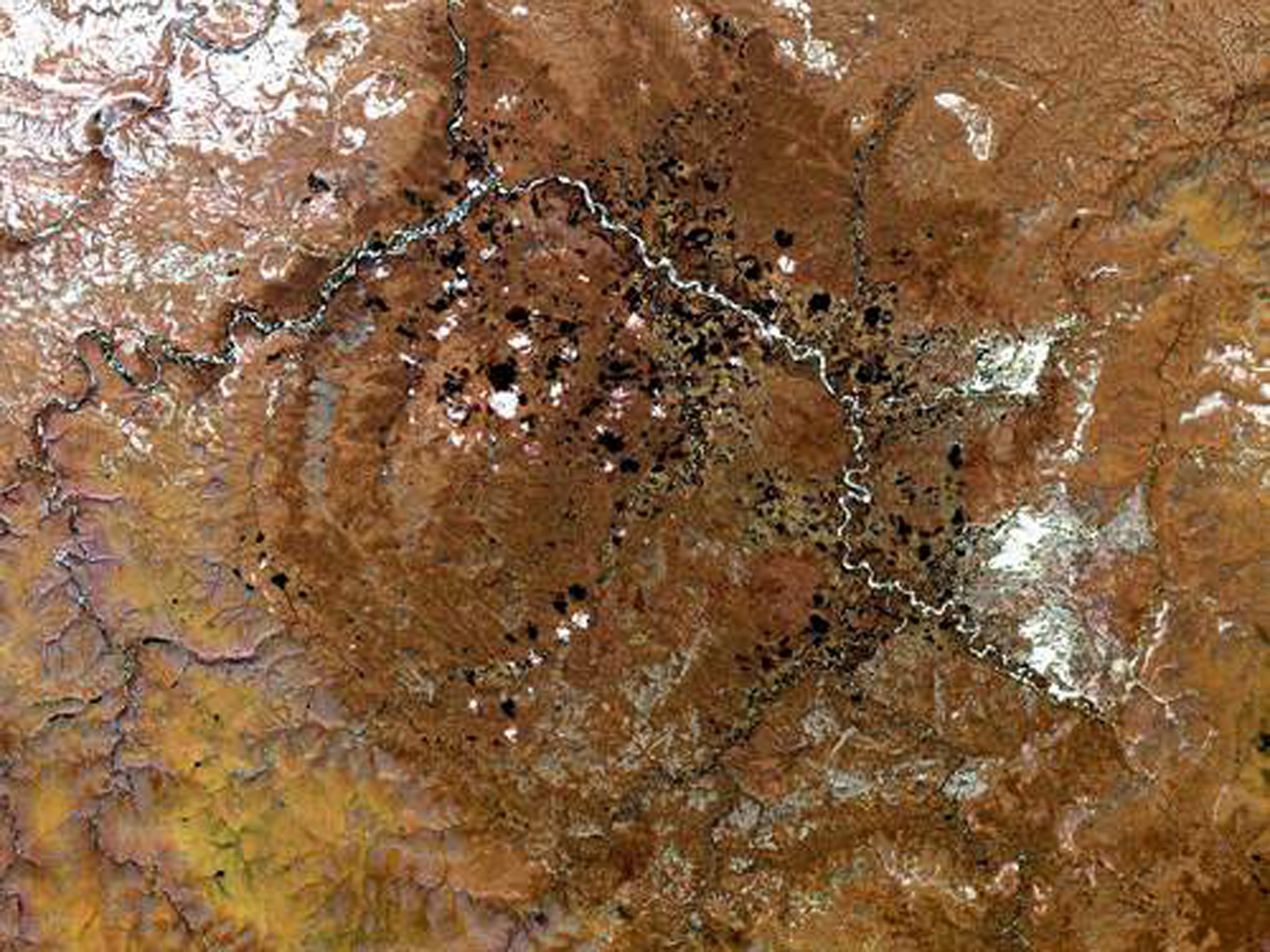 (AP) MOSCOW - Russian scientists are claiming that a gigantic deposit of industrial diamonds found in a huge Siberian meteorite crater during Soviet times could revolutionize industry.

The Siberian branch of Russian Academy of Sciences said that the Popigai crater in eastern Siberia contains "many trillions of carats" of so-called "impact diamonds" — good for technological purposes, not for jewelry, and far exceeding the currently known global deposits of conventional diamonds.

Nikolai Pokhilenko, the head of the Geological and Mineralogical Institute in Novosibirsk, told RIA Novosti news agency Monday that the diamonds include other molecular forms of carbon. He said they could be twice as hard as conventional diamonds and therefore have superlative industrial qualities.

He said the minerals could lead to a "revolution" in various industries. "But they can't upset a diamond market because it is shaped by diamonds for jewelry purposes."

The deposit was discovered by Soviet scientists in the 1970s, but was left unexplored as the Soviet leadership opted for producing synthetic diamonds for industrial use. The deposit remained classified until after the Soviet collapse.

Pokhilenko said that the diamonds owe their unparalleled hardness to enormous pressure and high temperatures at the moment of explosion when a giant meteorite hit 35 million years ago, leaving a 60-mile crater.

The Siberian branch of Russian Academy of Sciences said in a statement that scientists discussed the issue at a roundtable in Novosibirsk over the weekend, saying that further studies will be needed to assess economic aspects of their potential exploration.

Pokhilenko said his institute is planning to send an expedition to the crater in cooperation with Russia's state-controlled diamond mining company Alrosa.