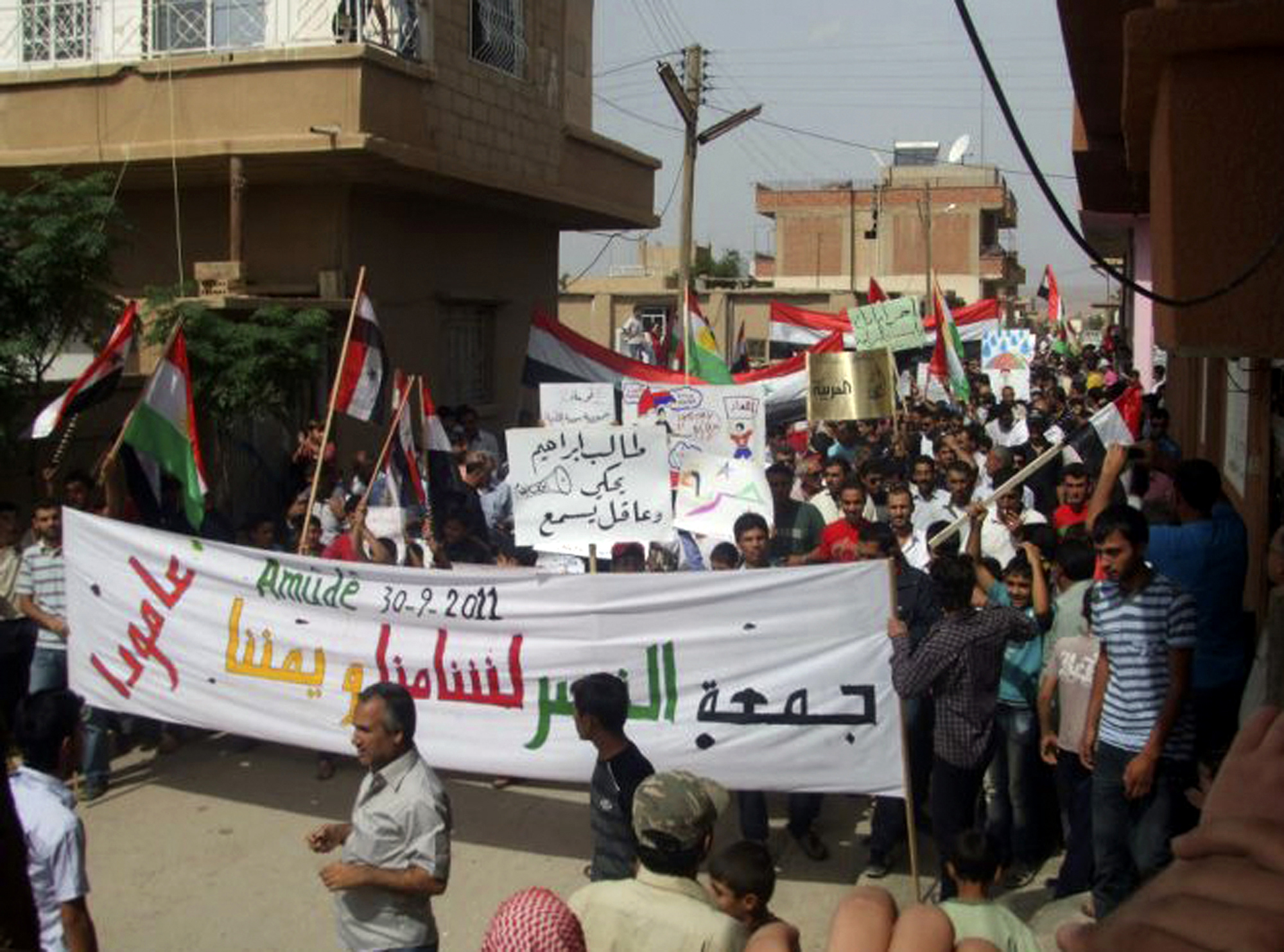 UNITED NATIONS - Russia and China vetoed a European-backed U.N. Security Council resolution which they helped negotiate on Tuesday that threatened sanctions against Syria if it didn't immediately halt its military crackdown against civilians.

It would have been the first legally binding resolution adopted by the Security Council since President Bashar Assad's military began using tanks and soldiers against protesters in mid-March.

CBS News correspondent Pamela Falk reports that the vetoes reflect the divisions among world powers over what to do about the government crackdown against opponents in Syria, which has left an estimated 2,700 dead.

Russia was instrumental in a draft Resolution, effectively deleting any possible sanctions against the Assad regime, but they apparently changed their mind and decided to not even condemn the regime, leaving other Council members angry and rebuffed.

France's U.N. Ambassador said the veto by Russia and China showed a "disdain" for the protesters, Falk added.

The U.S. Ambassador to the U.N., Susan Rice, walked out on the speech by her Syrian counterpart Bashar Ja'afari, when he began to condemn U.S. policy towards Israel and added Guantanmo detainee policy to his list of alleged U.S. human rights abuses.

Ja'afari's remarks, says Falk, were a clear counteroffensive to the failed draft resolution.

Rice reflected the frustration of U.N. diplomats when she said the U.S. was outraged that the Council utterly failed to address an urgent moral challenge and a growing threat to regional peace and security.

"The United States believes it is past time that this Council assume its responsibilities and impose tough, targeted sanctions and an arms embargo on the Assad regime, as we have done domestically," said Rice after the vetoes.

The European sponsors of the resolution tried to avoid a veto by watering down the language on sanctions three times, to the point where the word "sanctions" was taken out, but they failed.

The vote was 9-2 with four abstentions — India, South Africa, Brazil and Lebanon.

It was the first double veto by Russia and China since January 2007 when they vetoed a resolution calling on Myanmar to release all political prisoners, initiate a wide-ranging dialogue and end military attacks and human rights abuses.

Russia's U.N. Ambassador Vitaly Churkin told the council after the vote that his country did not support the Assad regime or the violence but opposed the resolution because it was "based on a philosophy of confrontation," contained "an ultimatum of sanctions" and was against a peaceful settlement of a crisis.

China's Ambassador Li Bandong said his country is concerned about the ongoing violence and wants to see speedy reforms but opposed the resolution because "sanctions, or threat of sanctions, do not help the situation in Syria but rather complicates the situation."

Supporters of the resolution expressed disappointment and outrage.

France's U.N. Ambassador Gerard Araud said the veto "goes against the sense of history that is under way in the region" and commended "all of those who fight against the bloodthirsty crackdown in Syria."

Britain's U.N. Ambassador Mark Lyall Grant said the veto "will be a great disappointment to the people of Syria and the wider region that some members of this council could not show their support for their struggle for basic human rights."

"By blocking this resolution, the onus is now on those countries to step up their efforts and persuade the Syrian government to end the violence and pursue genuine reform," he said.

From the outset of the Syrian uprising, the council has been split.

Western members, backed by some African and Latin American nations, demanded an end to violence, and when it was not heeded they pushed for Security Council action, including the threat of sanctions. On the other side, Russia, China and the newly emerging global powers — Brazil, India and South Africa — pressed for more time for the Assad government to implement reforms and for political dialogue with the opposition and strongly opposed even mentioning sanctions.

It took four months of arguments between supporters and opponents of Assad's regime for the Security Council to issue a presidential statement in August condemning the escalating violence.

Britain, France, Germany and Portugal, backed by the United States, then pressed for a council resolution calling for an immediate arms embargo and other sanctions aimed at stopping the Assad government's crackdown on protesters.

But Russia, China, India, South Africa and Brazil opposed that sanctions resolution. They argue the U.N. resolution authorizing the use of force to protect civilians in Libya was misused by NATO to justify months of air strikes against Moammar Gadhafi's regime and expressed fear a new resolution might be used as a pretext for armed intervention against Syria.

The final watered-down draft that was voted on and defeated demanded that Syria immediately end violence, allow fundamental rights and freedoms, lift all media restrictions and allow unhindered access for human rights investigators.

It expressed the council's intention to review Syria's implementation of these demands within 30 days, and "to consider its options, including measures under Article 41 of the Charter of the United Nations."

Article 41 authorizes the council to impose nonmilitary measures which can include economic and diplomatic sanctions.

The draft also would have strongly condemned "the continued grave and systematic human rights violations and the use of force against civilians by the Syrian authorities" and called on all states "to exercise vigilance and restraint" in supplying weapons to Syria.