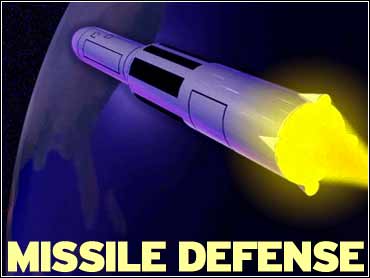 If President Bush hopes to sell the world on his proposed national missile defense system, he may need to launch a global version of his domestic "charm offensive."

U.S. officials say an anti-missile shield is needed against threats from countries such as North Korea and Iraq. But Russia adamantly opposes the idea, and so does China. The Europeans, allies of the U.S. for a half century, are at best lukewarm about it.

So far, Defense Secretary Donald Rumsfeld has sought to reassure the Russians and convince the Europeans.

Rumsfeld has said Russian leaders have nothing to fear from an anti-missile system and are "off the mark" in calling it a threat to arms control, saying it will be too limited in scope to threaten the deterrent value of Russia's large arsenal of strategic nuclear weapons.

"They know and we know and you know that the systems ... are not in any way relevant to the Russians'" nuclear force, which totals about 6,000 warheads and is shrinking, Rumsfeld said last week.

But the defense secretary's words have failed to placate Russia, which maintains that the U.S. project threatens international stability because it violates the 1972 Anti-Ballistic Missile (ABM) treaty. That treaty prohibits anti-missile systems that defend an entire nation. Russia also has said that if the U.S. were to withdraw from the treaty, Moscow would feel compelled to abandon agreements that limit numbers of long-range nuclear weapons.

"We had three mighty programs to asymmetrically counteract U.S. national missile defenses during Reagan's 'Star Wars,'" Sergeyev was quoted as saying by the Interfaxnews agency on Monday. "We still have them and can take them up again."

Sergeyev added the Russian military could offer its U.S. counterparts proof that missile defense "wouldn't give absolute confidence in its inviolability."

"On the contrary, it will trigger a new spiral in the arms race and ruin the existing system of arms control," Sergeyev said.

As for America's allies in Europe, their view toward the proposed system has ranged from skeptical to critical, even though Rumsfeld has said the U.S. is willing to help them with a system.

In any case, the Europeans are increasingly resigned to the likelihood that America's own anti-missile shield will become a reality.

Were there any doubt, Powell told Solana that "we intend to move forward" on the project, according to State Department spokesman Richard Boucher after they met.

While acknowledging the U.S. has the authority to go ahead with a system, Solana said the program "has consequences that go far beyond it."

And in Brussels, Belgium, NATO Secretary General Lord Robertson said Europe must bow to the inevitability of an American shield. What's more, Robertson denied there were any divisions in the alliance on the issue.

"I think people wanted to find a split between America and Europe on the issue of missile defense," Robertson, a former British minister, said.

"The United States has made it clear that it intends to deploy some effective missile defense system and there has to be an acceptance that that was the decision made in the election campaign and we should treat it seriously and with respect," he added.

Indeed, White House spokesman Ari Fleischer said Mr. Bush "intends to pursue that matter in consultation with our allies. He believes it's a very effective way to protect America and our allies."

Last but certainly not least, China has consistently blasted the proposal from every conceivable direction. China fears that even a limited U.S. missile shield would neutralize its modest strategic arsenal. Like Russia, China sees a U.S. missile shield as a one-way ticket to another big arms race.

He also expressed "deep concern" over a space wargame the U.S. Air Force conducted last month in Colorado, saying "This exercise again makes it clear that the militarization of outer space is a pressing problem."

While the story barely got play in the United States, Chinese media have attacked the space wargame, which was geared toward finding out how to defend U.S. satellites and destroy enemy ones. Whle the simulation didn't name specific countries, it was widely assumed that China was the supposed adversary in the hypothetical conflict.

On Monday, The Global Times, a leading Chinese tabloid, said the exercise and the Bush team's plans to pursue national missile defense showed that "some people in the United States are unwilling to discard traditional Cold War thinking."

The paper rejected U.S. explanations that the missile shield is designed to protect America from attack by hostile states, such as Iraq and North Korea.

"Any clear-eyed person can see that America's (National Missile Defense) will be a spear pointed at China and Russia," the paper said.

©MMI Viacom Internet Services. All Rights Reserved. This material may not be published, broadcast, rewritten, or redistributed. The Associated Press and Reuters Limited contributed to this report