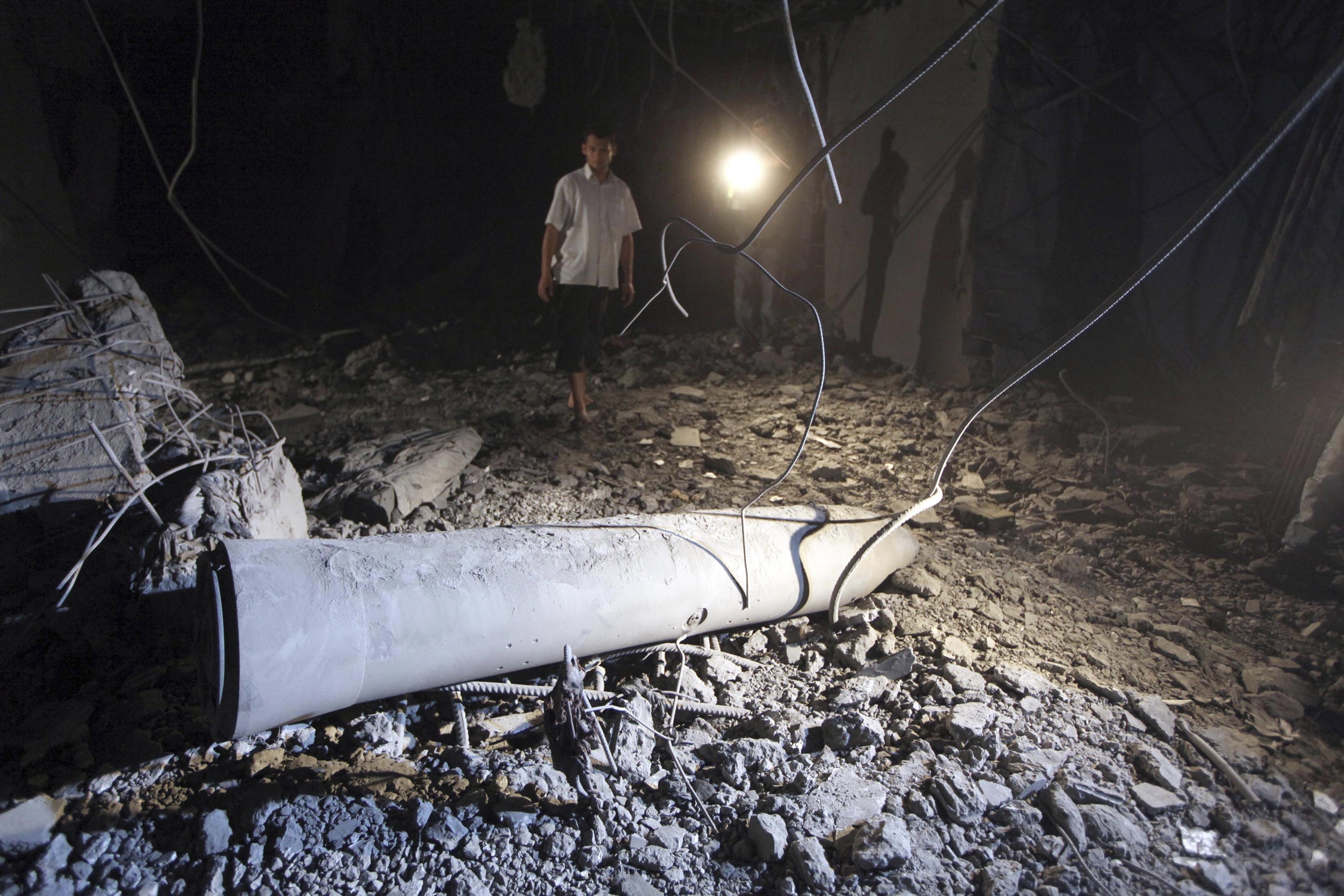 MOSCOW - Russia on Sunday criticized the NATO airstrikes on Tripoli, specifically the one that Libyan officials said killed a son and three grandchildren of Muammar Qaddafi.

The Foreign Ministry said the attacks are a disproportionate use of force that exceed the U.N. mandate and raise serious doubts about claims that NATO is not trying to kill Qaddafi and members of his family.

A ministry statement called for "an immediate cease-fire and political settlement."

"We targeted a military command and control building with a precision strike," she said. "It was not targeted against any individual. It was a military target, clearly linked to the Qaddafi's regime's systematic attacks on the civilian population."

British Prime Minister David Cameron also declined to verify the death of Qaddafi's son, which he called an "unconfirmed report," and defended all NATO strikes as compliant with the UN Resolution authorizing the no-fly zone.

"It is about preventing a loss of civilian life by targeting Qaddafi's war-making machine, so that is obviously tanks and guns, rocket launchers, but also command and control," he told the BBC.

A Russian lawmaker who often serves as a mouthpiece for the Kremlin's views on foreign affairs was less diplomatic.

"More and more facts indicate that the aim of the anti-Libyan coalition is the physical destruction of Qaddafi," Konstantin Kosachyov, who heads the lower house of parliament's international affairs committee, was quoted as saying.

Kosachyov called on Western leaders to make their position on the airstrikes clear.

"I am totally perplexed by the total silence from the presidents of the United States, France, the leaders of other Western countries," Kosachyov said in an interview, according to the Interfax news agency. "We have the right to expect their immediate, comprehensive and objective assessment of the coalition's actions."

The lawmaker and Foreign Ministry were following the lead of Prime Minister Vladimir Putin, who has harshly criticized the airstrikes and accused NATO of trying to kill Qaddafi.

Russia abstained in the March vote in the U.N. Security Council that authorized the use of force in Libya to protect civilians.