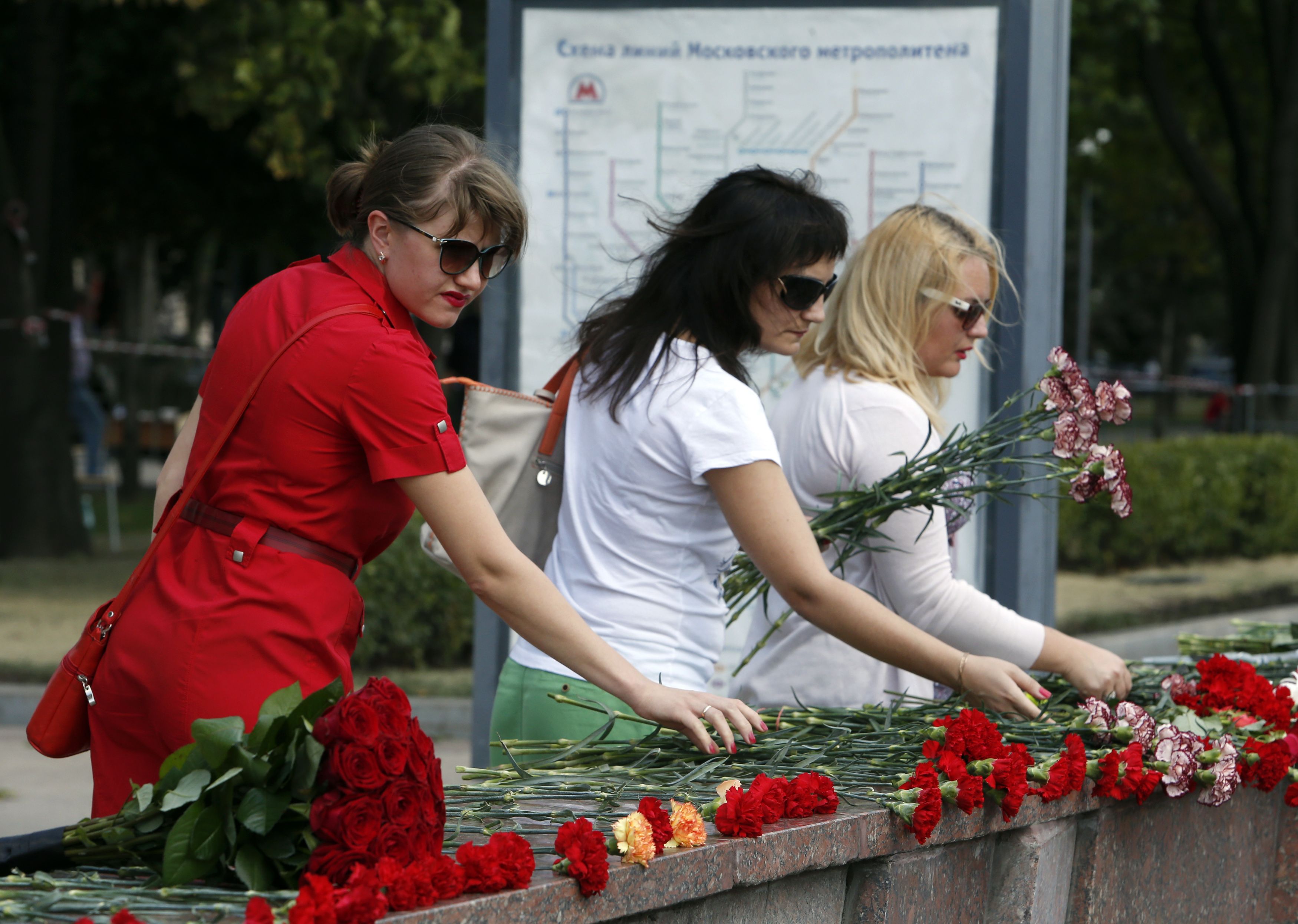 MOSCOW -- Investigators detained two Moscow subway workers Wednesday in the wake of a deadly rush-hour derailment that killed 22 people and injured 136 others.

More than 1,100 people were evacuated Tuesday after a train derailed between two stations in western Moscow.

Russia's major investigative agency said in a statement it had detained a senior Moscow track foreman and his assistant.

Investigators said a new rail switch at the point where the train left the tracks wasn't properly installed during repairs in May and was attached to the rail only by a single 3-millimeter wire. There is another subway line under construction nearby and the switch was to direct to the trains to a new tunnel once the line is launched.

The two men have been questioned, and the investigators are preparing to file unspecified charges against them, investigating committee spokesman Vladimir Markin said.

The Russian capital's airports and transit systems have been a prime target for terrorists over the past two decades, but multiple officials vigorously dismissed terrorism as a possible cause for Tuesday's derailment.

In recent months, subway workers have complained of declining safety standards in the system and disorganized measures for aiding stricken passengers.

The Moscow Metro's chief Ivan Besedin on Wednesday didn't comment on the investigators' statement, but said that he will be waiting for preliminary results of the probe before making any conclusions. He added that tracks as well as other infrastructure gets checked on a regular basis and gets repaired if needed.

Authorities said the line which will remain suspended until Friday morning.