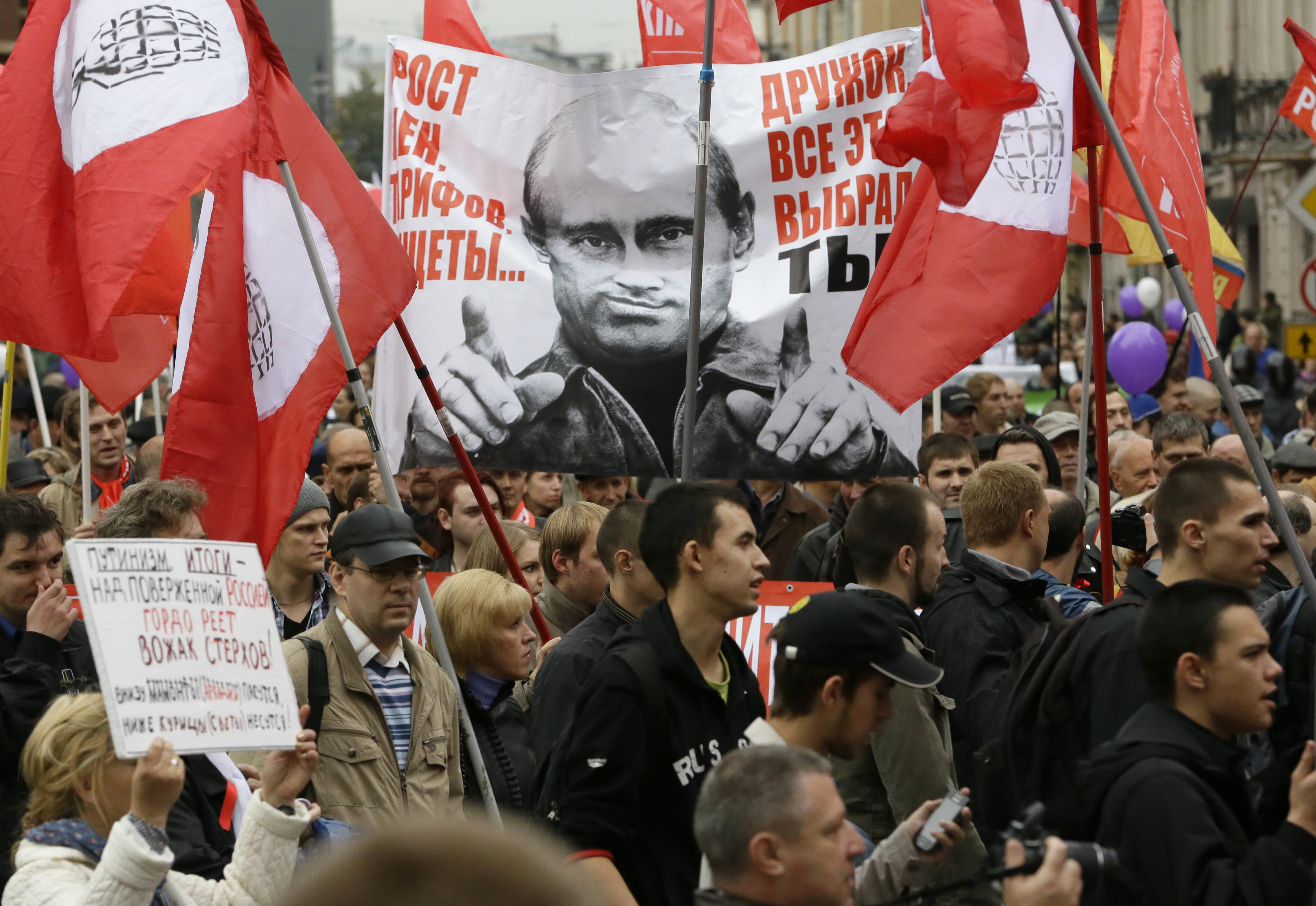 (AP) MOSCOW - Russia on Wednesday explained its decision to put an end to the U.S. Agency for International Development's two decades of work in Russia by saying the U.S. government agency was using its money to influence elections.

The U.S. State Department announced Tuesday that Russia has demanded USAID leave the country, a culmination of years of resentment over what Moscow sees as American interference aimed at undermining President Vladimir Putin's hold on power.

"We are talking about attempts through the issuing of grants to affect the course of political processes, including elections on various levels, and institutions of civil society," Foreign Ministry spokesman Alexander Lukashevich said.

Nearly 60 percent of the aid agency's $50 million annual budget this year has been allocated for the promotion of democracy and civil society in Russia. Some of this money has gone to support Russia's only independent election monitoring group, Golos, which fielded thousands of observers in last winter's parliamentary and presidential elections, and compiled reports of widespread vote fraud in support of Putin's party.

Putin had accused Western governments of trying to influence the December parliamentary vote through their grant recipients, and a state-owned television channel directly denounced Golos, showing suitcases full of dollars that the group supposedly had received. After those elections set off an unprecedented wave of protests, Putin accused the demonstrators of being in the pay of Washington.

"All of this is part of a series of moves aimed at toughening policy toward protests, the Internet, NGOs and freedom of speech," said Grigory Melkonyants, the deputy director of Golos. "The people who make these decisions intend to crack down on dissent and criticism in a way that is as harsh as possible. It is frightening even to think about what may happen tomorrow."

Since Putin returned to the presidency in May, the Kremlin has taken a tougher stance against the opposition and Russia's nascent civil society. Non-governmental organizations that receive foreign funding and engage in vaguely defined political activity must now register as "foreign agents," which is intended to destroy their credibility among Russians.

U.S. State Department spokeswoman Victoria Nuland said Tuesday her government is proud of what USAID has done in Russia, including fighting AIDS and tuberculosis, helping orphans and victims of trafficking, and improving the protection of wildlife and the environment. She said the U.S. hopes that Russia will now take responsibility for such initiatives.