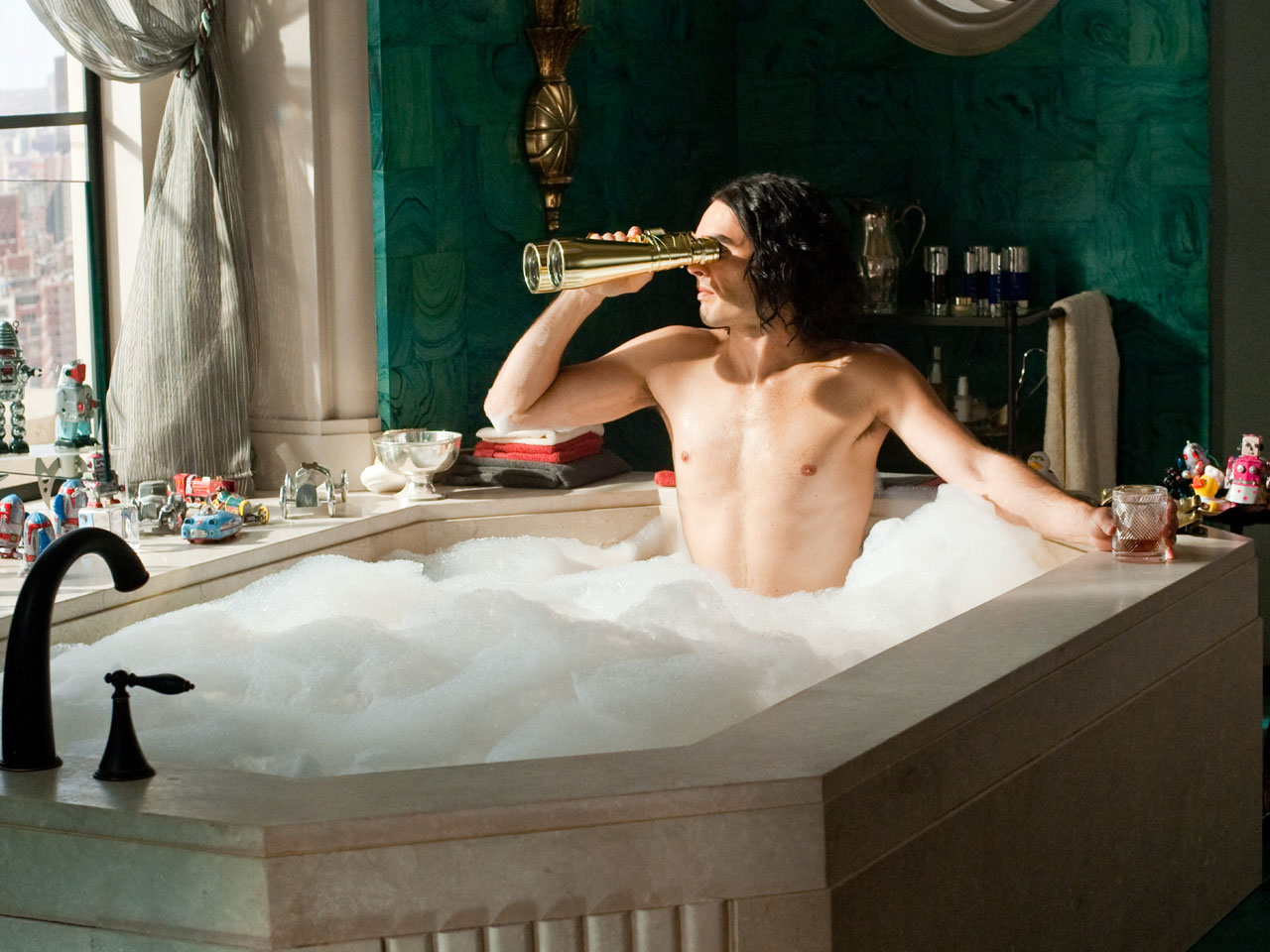 (CBS) Russell Brand was at the top of the box office last weekend, and now, with two films in theaters, he is poised to do it again.

The British actor-comedian's Easter comedy, "Hop," brought in $38.1 million, according to studio estimates on Sunday. And Brand's other film, an update of the 1981 Dudley Moore film "Arthur," hits theaters today.

In "Arthur," Brand takes on the title role (originally played by Moore) - a drunken playboy who stands do lose his vast inheritance when he falls for a woman his family doesn't like. It also stars Helen Mirren as his loyal nanny, Jennifer Garner as the woman his mother wants him to marry and Greta Gerwig as the woman Arthur loves.

Brand is heard but not seen in "Hop," where he lends his voice to E.B., the teenage son of the Easter Bunny, who heads to Los Angeles to pursue his dreams of playing in a rock band. The film also stars James Marsden (as the slacker who takes E.B. in), Kaley Cuoco, David Hasselhoff and the voices of Hugh Laurie, Hank Azria and Laurie Metcalf.

So, if you're heading to the movies this weekend, will you see either of these films? Which one (if any) will top this weekend's box office? Tell us in the comments.

Watch the CBSNews.com interview with Russell Brand on the "Arthur" red carpet here: