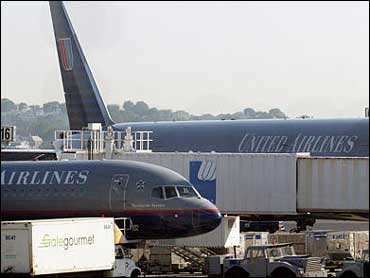 A high-tech warning system recently installed at major U.S. airports can't be counted on to prevent runway collisions, the head of the National Transportation Safety Board said Tuesday.

NTSB Acting Chairman Mark Rosenker described several recent near-misses in Boston, New York and Los Angeles in which the Federal Aviation Administration's system failed to warn controllers in time. Crashes were avoided because of split-second decisions by pilots and plain luck, he said.

"That is not good enough," Rosenker said in an unusually pointed speech to the American Association of Airport Executives, an airport trade group.

The Aircraft Movement Area Safety System, or AMASS, uses radar to track runway traffic. If there's a runway "incursion" — when people, planes or equipment enter a runway by mistake — the system sends a warning to air traffic controllers, who then alert pilots.

Rosenker said the safety board wants the FAA to develop a system to provide immediate warnings directly to flight crews.

He noted that the worst crash in aviation history happened on a runway. Two jumbo jets collided at the airport in Tenerife in the Canary Islands in 1977, killing 582 people.

The first AMASS system was installed at San Francisco International Airport in 2001. Since then, it's been added to 33 of the biggest U.S. airports.

Rosenker noted that AMASS didn't alert controllers at New York's John F. Kennedy International Airport on July 6, when a Boeing 767 taxied in front of a cargo plane that was taking off. The departing plane cleared the jetliner with only 15 yards to spare.

AMASS didn't alert controllers because it was raining heavily, Rosenker said. Precipitation, which is picked up by radar, generates too many false results, so much of the system is disabled to prevent nuisance alarms when it's raining.

At Boston's Logan International Airport on June 9, two jetliners came within 60 yards of each other on takeoff. AMASS didn't warn the tower that two aircraft were allowed to take off simultaneously from converging runways because of its software design, Rosenker said.

In Los Angeles last year, AMASS didn't warn controllers quickly enough that a Boeing 737 had taxied onto a runway in front of a Boeing 747 that was landing, Rosenker said. The 747 pilot saw the other plane and immediately climbed to avoid it.

FAA spokesman Greg Martin defended AMASS, saying it has been credited with preventing four accidents. But he also stressed the FAA has taken other steps to prevent accidents, such as increasing training for controllers and improving runway markings. The agency is also testing a system of runway lights that act like traffic stoplights and are activated by sensors embedded in the pavement.

Rosenker said the safety board had made recommendations that could be implemented quickly, such as tougher standards for marking closed runways, better communication techniques for controllers and an end to the practice of allowing departing aircraft to wait on active runways when visibility is low.