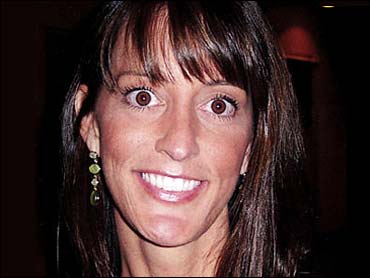 Jennifer Wilbanks, the woman now known as the runaway bride for skipping town before her 600-seat Georgia wedding, is more than a vanishing artist. New documents retrieved by The Smoking Gun from the police department in Albuquerque, N.M. — where Wilbanks surfaced April 30 — show she's also adept at telling gruesome tales.

In Wilbanks' first account for Albuquerque police, she wove a torrid tale of abduction and sexual assault by a Hispanic man with bad teeth and his heavyset white female companion.

She told police investigators that she was abducted while jogging in Duluth, Ga., and bound with rope in the back of a van before being raped by the Hispanic man and forced to perform sexual acts on the blonde woman.

According to two officers' reports, Wilbanks went into great detail about her position on the floor in the back of the van and her surroundings, including what she could see out of the van windows and the Spanish music playing. But when FBI investigators entered the fray of officials questioning Wilbanks, she recanted on the tale, saying "she left Georgia because of the pressures of the wedding," officer Michael V. Medrano reports.

"The list of things she needed to get done and no time to do it made her feel overwhelmed," Medrano continues in the supplement to Wilbanks' "missing person" report.

Wilbanks then told officers she wasn't abducted at all. She simply withdrew $40 from her checking account before hopping a greyhound out of town.

What's more: The man and woman she conjured for investigators might be modeled after a couple she told at least one officer she met on the bus to New Mexico.

Wilbanks has since checked into an inpatient medical treatment program to deal with what a spokesperson calls "physical and mental issues."

The news about the treatment came as more details about Wilbanks' previous brushes with the law emerged. She was charged with shoplifting on three occasions in the 1990s, including one case in which she allegedly swiped $1,740 in merchandise from a mall, according to court records.

Lakewood Baptist Church spokesman Sammy Smith said Wilbanks entered the treatment program Monday. He would not disclose the type of treatment Wilbanks is receiving, how long she is expected to remain in the facility or the location of the facility.

"Ms. Wilbanks entered a highly regarded, inpatient treatment program on her own volition to address physical and mental issues which, she believes, played a major role in her 'running from herself' as she described in a public statement last week," Smith's statement read.

Prosecutors are still considering whether to press charges against Wilbanks for lying to the FBI and police officers.

The city of Duluth is still trying to recover thousands of dollars in search costs from Wilbanks' disappearance. But four other agencies — including the Georgia Bureau of Investigation, the state Department of Natural Resources, and two neighboring counties that also participated in the search for the 32-year-old woman — will not attempt to charge the runaway bride for their search costs.