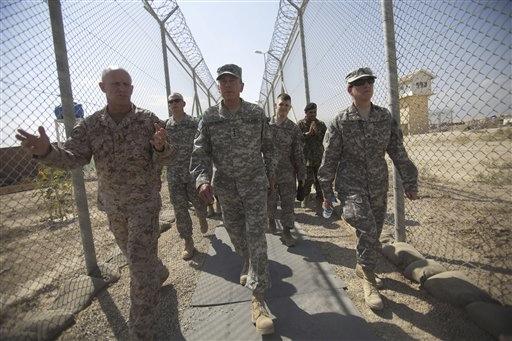 Some past woes are reportedly rising up to add to the troubles of Jennifer Wilbanks, who remains in seclusion as she waits to find out if she will face charges for telling police she was kidnapped when she voluntarily disappeared a few days before her planned wedding.

The New York Post quotes a source as saying that eight years ago, Wilbanks backed out of a previous engagement after they started looking for a house - and phoned her fiancé to say she had changed her mind.

Another report, in the Atlanta Journal-Constitution, cites court records as saying that Wilbanks was three times accused of shoplifting.

The paper says the attorney who prosecuted Wilbanks for shoplifting in 1996 is the same lawyer who is now representing her in her dealings with police in connection with the search she triggered by disappearing without a warning or any explanation to her loved ones.

Sartain dropped the felony charge after the then 24-year-old completed a pretrial diversion program, which included 75 hours of community service and restitution, according to court records.

A few months earlier, the newspaper says, Wilbanks had been charged with taking $37.05 worth of merchandise from a Wal-Mart in Gainesville - a charge dropped after she completed a counseling program for shoplifters.

Things got worse in 1998, when court records say Wilbanks served two weekends in jail after pleading guilty to shoplifting $98 of merchandise from a store in April 1998. A municipal court judge also sentenced her to probation, a $400 fine and 50 hours of community service.

The 32-year-old Wilbanks touched off an extensive search at the end of last month when she vanished from her Duluth, Ga., four days before her scheduled 600-guest wedding to John Mason, without leaving any clues that she had fled.

As it turned out, she had taken a bus to Las Vegas and then Albuquerque, where she called authorities with a story about having been abducted.

In a statement read by her pastor last Thursday, Wilbanks apologized to everyone who searched for her, saying she is "truly sorry for the troubles I caused."

Wilbanks insists that her sudden disappearance days before her planned wedding was not a case of cold feet, but was instead sparked by "a host of compelling issues, which seemed out of control."

"Those who know me know how excited I've been," says Wilbanks, "and how excited I was about the spectacular wedding we planned, and how I could not wait to be Mrs. John Mason."

Gwinnett County District Attorney Danny Porter is reviewing whether to charge Wilbanks with making false statements and Duluth officials would like her to perform community service and reimburse the city for the search costs, estimated at $60,000.

Sartain says her client is seeking professional help and is in no condition to publicly answer questions. There's been no comment on the request for Wilbanks to repay the cost of the search and do community service.

Wilbanks had at first told investigators she was abducted by a Hispanic male and white woman with a handgun - a story that quickly unraveled - and one which prompted the leader of a Hispanic community group to demand an apology and some kind of punishment.

Following Wilbank's apology on Thursday, Fernando Mateo, the president of the group Hispanics Across America, backed down from his threat to protest outside her home, saying members were satisfied with her general apology.

"Our purpose was not to crucify this woman but just to let the nation know they can't freely use the name 'Hispanic' in a stereotyping manner where Hispanics are perceived to be thugs and criminals," he said.

Albuquerque police said Thursday that Wilbanks also claimed she had been sexually assaulted, but recanted with the rest of her story.

Wilbanks said she has asked for the forgiveness of Mason, her fiancé; their families, friends, churches and communities; "and any others I may have offended unintentionally," adding that she was "deeply grateful and appreciative to everyone who responded on my behalf."

Wilbanks' pastor, the Rev. Tom Smiley, said Friday on ABC's "Good Morning America" that he has received hundreds of e-mails about Wilbanks and they have been "99 percent positive."

Wilbanks has not said publicly whether she still plans to marry Mason, but Smiley, who has been counseling Wilbanks, said Mason has been supportive.

"The number one concern is for her to get a handle on what's going on in her life," said Smiley. Asked about her progress, he said, "We live in such an instant society today, and everyone wants everything right now, and that's just not possible."