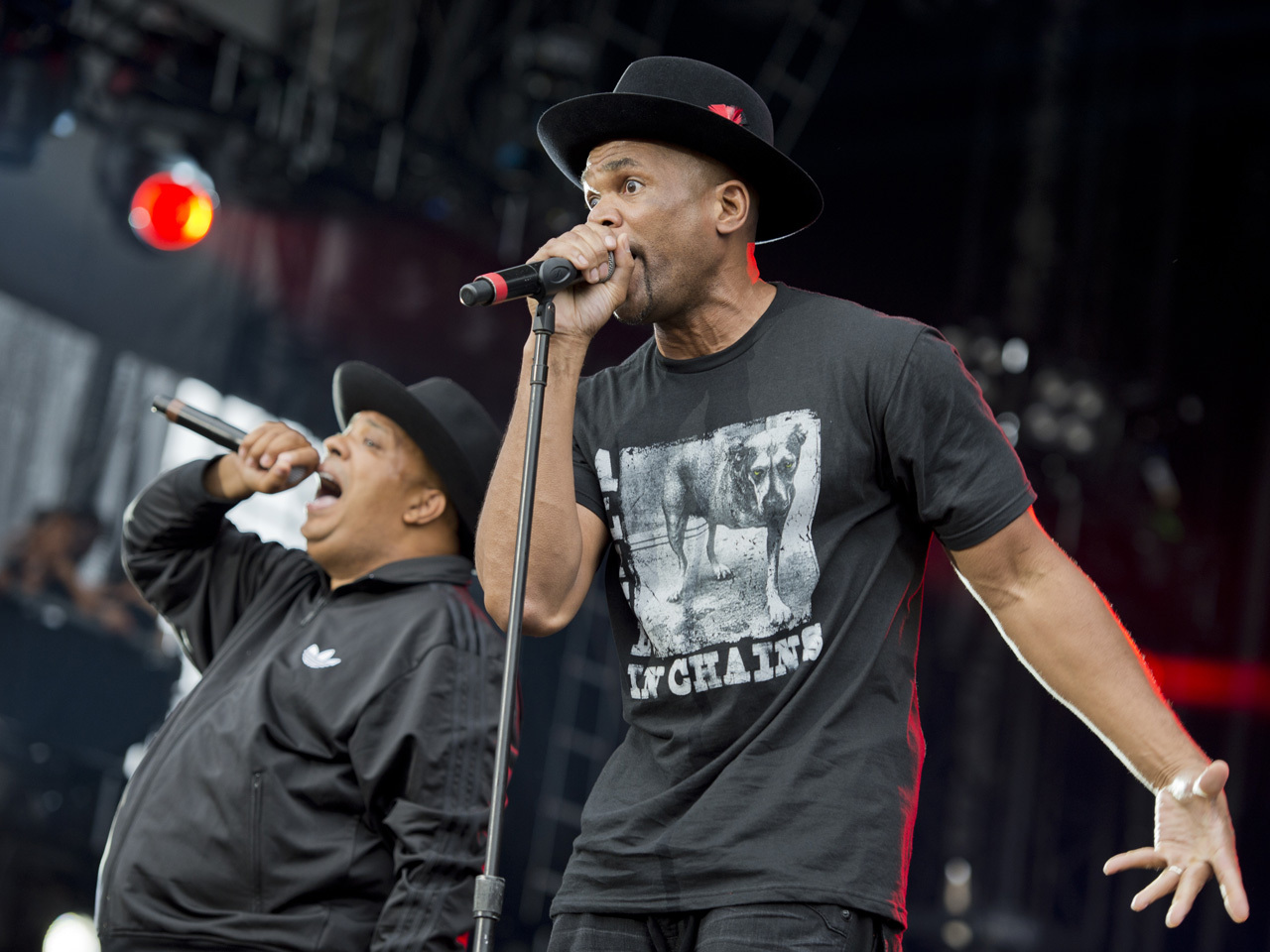 (CBS/AP) Run DMC performed for the first time in over ten years on Sunday at Jay-Z's Made In America festival.

The Queens, N.Y. natives rocked out in front of tens of thousands of fans at the festival in Philadelphia, performing under a video banner that read "Jam Master Jay Forever."

The 40-minute set included "It's Tricky" to a sea of flailing arms, Run putting on Adidas for "My Adidas," and a rocking version of "Walk This Way." Perhaps the most poignant moment came when Run talked about the group's breakup following the death of Jam Master Jay.

"After his assassination ... We put a silence on the group," Run said.

Run introduced Jay's sons T.J. and Jam Master J'Son, to the crowd and the two DJ-ed in his honor.