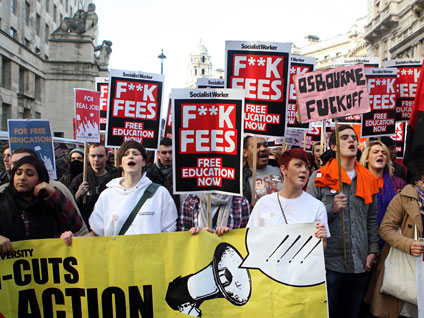 Rumsfeld, asked during a National Press Club appearance Thursday about indications of a deteriorating general relationship between Washington and parts of Latin America, said he believes such a characterization "misses the mark.

"We saw dictatorships there. And then we saw most of those countries, with the exception of Cuba, for the most part move towards democracies," he said. "We also saw corruption in that part of the world. And corruption is something that is corrosive of democracy."

The secretary acknowledged that "we've seen some populist leadership appealing to masses of people in those countries. And elections like Evo Morales in Bolivia take place that clearly are worrisome."

There have been increasing signs of hostility between Washington and Caracas. On Monday Chavez said Venezuela's intelligence agencies have "infiltrated" a group of military officials from the U.S. Embassy who were allegedly involved in espionage.

Venezuelan authorities, including the vice president, have accused officials at the U.S. Embassy of involvement in a spying case in which Venezuelan naval officers allegedly passed sensitive information to the Pentagon.

It was not the first such charge by Chavez.

He has accused President Bush of backing efforts to overthrow his leftist government, and specifically has charged that the United States supported a short-lived coup in 2002, fomented a devastating strike in 2004 and expelled some American missionaries from Venezuela for alleged links to the CIA.

Washington has repeatedly rejected the allegations.

Responding to Venezuela's expulsion of a U.S. naval officer from Caracas, the State Department on Friday declared a senior Venezuelan diplomat persona non grata and gave her 72 hours to leave the country.

On Thursday, Chavez had said that Venezuela was expelling naval attaché John Correa for allegedly passing secret information from Venezuelan military officers to the Pentagon.

McCormack said the U.S. action was a direct response to Correa's expulsion.

"They initiated this and we were forced to respond," he said.