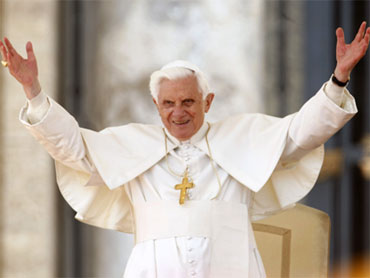 "There's good progress being made," he said, "and the goal of course is for the Afghan security forces to be able to provide for the security, and each month, each quarter, solid progress is being made."

Joining President Hamid Karzai at a news conference not long after his arrival here, the U.S. defense secretary said, "Your leadership team is showing great courage in your efforts" to stabilize the country.

"This upcoming election is an important one," Rumsfeld said. "When we talked a few months ago, the hope was three, four — maybe five — million registered voters. I'm told by the Joint Election Commission today, they claim something like 9 million, of which a sizable portion is women."

"When one thinks about it and recognizes it, there has been a campaign of intimidation, attempts to dissuade people from registering," Rumsfeld said. He called the heavy voter registration "a very vivid demonstration of the Aghan people's determination to make democracy work. And to not mention this truly impressive accomplishment would be unfortunate," he added.

Karzai clearly is the American favorite, but Rumsfeld and other officials have avoided endorsing him, saying the U.S. government will work with whomever the Afghan voters choose.

Before flying to the Afghan capital, he said that U.S.-led coalition forces are preparing a coordinated effort to attack the narcotics trade in the country, recognizing that drug income could be used to fund insurgents and terrorists in the country.

Rumsfeld offered few specifics, but noted the British government previously has taken the lead in working with Karzai's administration to address the drug trade in Afghanistan.

"There are plans being finished now," Rumsfeld had said Tuesday, in Oman for the first of several visits to U.S. allies in the region. "I don't want to get into whose troops will do what."

The cultivation of opium poppies has resumed and flourished since 2001 in Afghanistan. It was largely eliminated under the Taliban's religious policing, but farmers have resumed cultivating and harvesting the profitable crop in the chaos since the fall of the Taliban.

American military commanders in Afghanistan have said previously they don't have enough troops to go after the poppy trade and still hunt Taliban and al Qaeda holdouts.

Rumsfeld seemed resigned that the poppy trade would continue to some degree, saying demand for the drug will always lead someone to create a supply. Heroin made from Afghan poppies generally reaches markets in Europe and Russia.

"All crops have been good the last two years," he said of Afghanistan's poppy cultivation. "It is a terrible thing. It produces great wealth for people who use it to harm society."

The criminal elements are naturally opposed to a strong, democratic government in Afghanistan, he said. He also suggested drug money had ties to Taliban or al Qaeda, but provided no concrete information to back that up.

United Nations surveys estimate Afghanistan accounted for three quarters of the world's opium last year, and the trade brought in $2.3 billion, more than half of the nation's gross domestic product. New surveys suggest even more has been planted this year, with Robert Charles, the State Department's top counternarcotics official, saying Afghanistan may be on pace for a world record opium poppy crop this year.