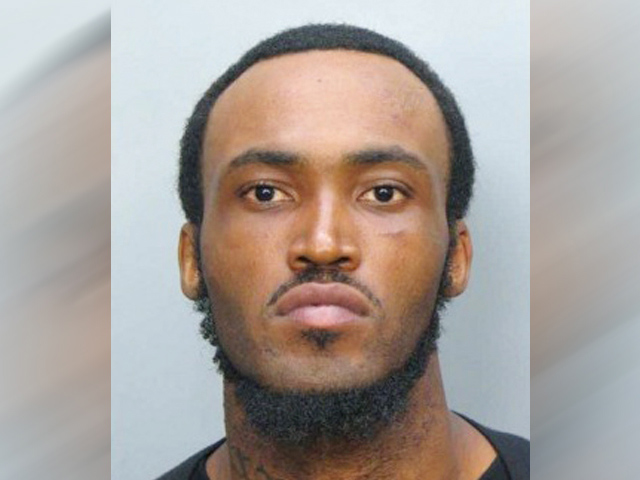 (CBS/AP) MIAMI - Experts are still speculating about what may have caused Rudy Eugene's face-chewing attack on Ronald Poppo in Miami last month. A toxicology report on Wednesday failed to find "bath salts" and other major street drugs in Eugene's system.

The Miami-Dade County Medical Examiner said in a news release that the toxicology detected marijuana but it didn't find any other street drugs, alcohol or prescription drugs. Eugene also tested negative for adulterants commonly mixed with street drugs.

An expert on toxicology testing said marijuana alone wasn't likely to cause behavior as strange as Eugene's.

"The problem today is that there is an almost an infinite number of chemical substances out there that can trigger unusual behavior," said Dr. Bruce Goldberger, Professor and Director of Toxicology at the University of Florida.

There has been much speculation about what drugs, if any, would lead to the bizarre May 26 attack at a Miami causeway that left Poppo, 65, missing about 75 percent of his face. The tests ruled out the suggestion that 35-year-old Eugene may have been under the influence of bath salts, which mimic the effects of cocaine or methamphetamine and have been associated with bizarre crimes in recent months.

An outside forensic toxicology lab, which took a second look at the results, also confirmed the absence of bath salts, synthetic marijuana and LSD.

Goldberger said the medical examiner's office in Miami is known for doing thorough work and he's confident they and the independent lab covered as much ground as possible. But it's nearly impossible for toxicology testing to keep pace with new formulations of synthetic drugs.

"There are many of these synthetic drugs that we currently don't have the methodology to test on, and that is not the fault of the toxicology lab. The challenge today for the toxicology lab is to stay on top of these new chemicals and develop methodologies for them but it's very difficult and very expensive." Goldberger said. "There is no one test or combination of tests that can detect every possible substance out there."

An addiction expert said she wouldn't rule out marijuana causing the agitation.

"It could have been the strain of marijuana that increases the dopamine in the brain, such as sativa," said Dr. Patricia Junquera, assistant professor at the Department of Psychiatry at the University of Miami Miller School of Medicine.

There are two strains of marijuana called sativa and indica. The sativa increases dopamine and gives you energy while decreasing pain threshold. Indica is a "sleepy high," she explained.

"People don't really know what the amount of either is in each little packet of marijuana," she explained. "And we can't differentiate between the two in the blood, much less in a dead person."

She also suggested that if Eugene had a mental disorder, "the marijuana could have increased even further the dopamine levels and aggravated the situation. So that can't be ruled out."

Eugene's friends and family have said he was religious, not violent and that he didn't drink or do drugs harder than marijuana, so they are baffled as to what caused Eugene's brutal assault against the homeless victim.

"There's no answer for it, not really," said Marckenson Charles, Eugene's younger brother. "Anybody who knew him knows this wasn't the person we knew him to be. Whatever triggered him, there is no answer for this."

Charles said the family does not plan to pursue any legal action against the police for shooting Eugene on the day of the face-chewing attack. Surveillance video from a nearby building shows Eugene stripping Poppo and pummeling him. The police officer who shot Eugene to death reportedly said Eugene growled at the officer when he told him to stop.

"They used the force they felt was necessary even if we don't agree with that," Charles said.

He said Eugene has been buried.

Poppo has undergone several surgeries and remains hospitalized. His left eye was removed, but doctors said earlier this month they were trying to find a way to restore vision in his right eye. He will need more surgeries before he can explore the options for reconstructing his face, doctors have said.