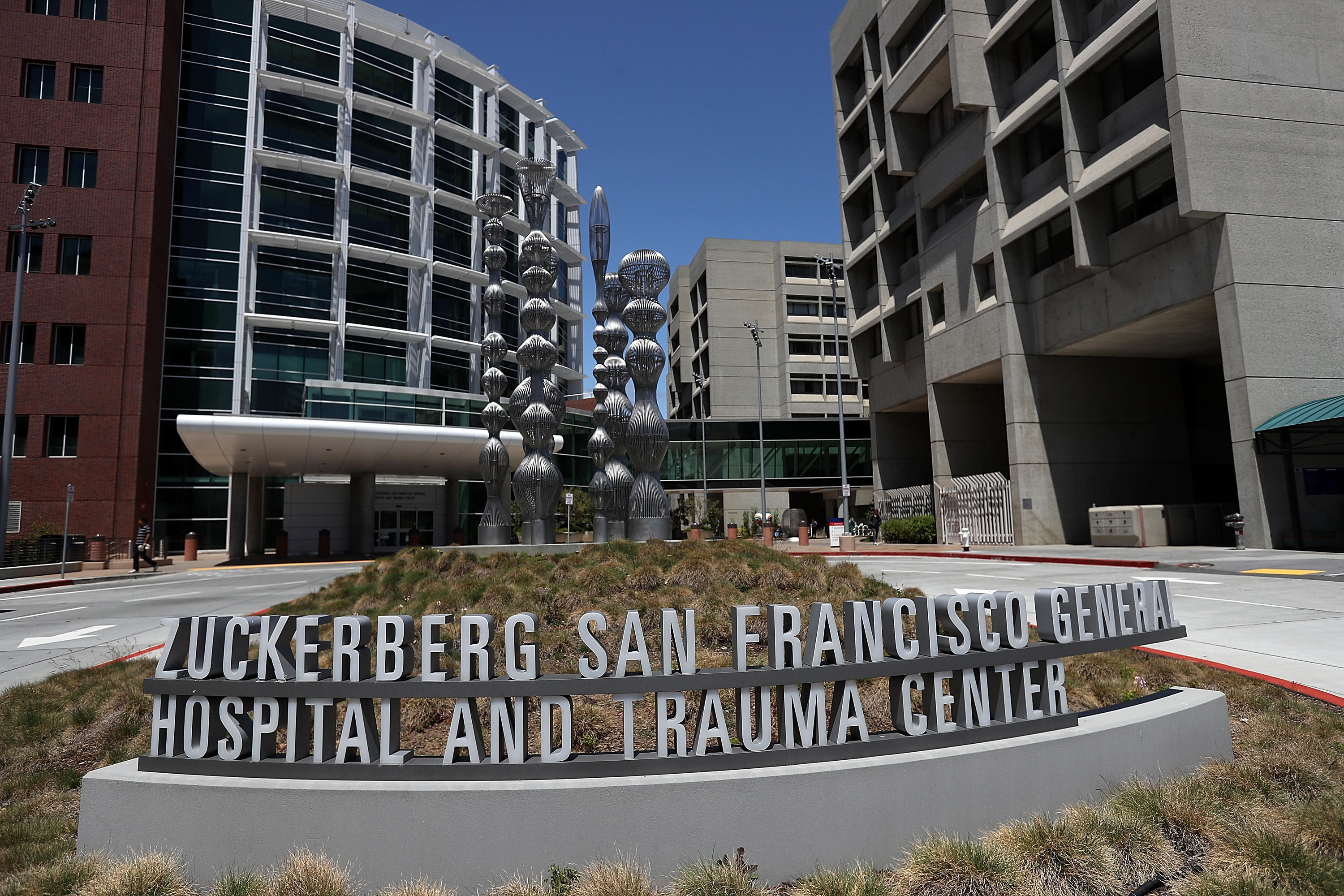 SAN FRANCISCO -- A woman who was found dead Wednesday in a stairwell of a power plant at Zuckerberg San Francisco General Hospital had dementia and vanished from a nearby mental health facility 10 days ago, her daughter said. A staff member found the body at about 1 p.m. The county medical examiner's office identified the woman as Ruby Andersen, 75.

An autopsy was pending.

"I don't know how she died," her daughter, Charlene Roberts, told KRON-TV. "Did she have a stroke or fell? I don't know what happened."

Roberts, who gave her mother's age as 76, said the woman had dementia and two hearing aids and went missing on May 20 from a mental health facility.

"We almost hired a private investigator" to look for her, Roberts said.

Hospital spokeswoman Rachael Kagan said the woman was not a patient at San Francisco General but noted that there were other facilities on the same campus operated by the San Francisco Department of Public Health. They include the 47-bed Mental Health Rehabilitation Center.

Andersen was found in a stairwell that usually is locked and only accessible to maintenance workers, Kagan said.

"We're very concerned that this happened and we don't know how this woman gained access to where she was found," Kagan said, according to CBS San Francisco.

Police, public health and sheriff's investigators were working on the case.

In Oct. 2013, the body of 57-year-old Lynne Spalding was found in a hospital stairwell after she had been reported missing the previous month, CBS San Francisco reported.

Spalding, a British woman, disappeared after being admitted to the hospital only two days earlier.

According to a report by the city's medical examiner's office, Spalding had been dead for some days before being discovered. Her death was ruled accidental, due to an electrolyte imbalance, a condition that can be caused by dehydration.

Spalding's family filed a lawsuit against the city of San Francisco, which settled the suit for $3 million. Spalding's death triggered a set of new security protocols for hospital staff and sheriff's deputies, who provide security for the hospital.

"That was a terrible tragedy. We've made many, many changes since that time and we have no reason to believe that this case and that case are connected, but we don't know very much about this situation yet," Kagan said.