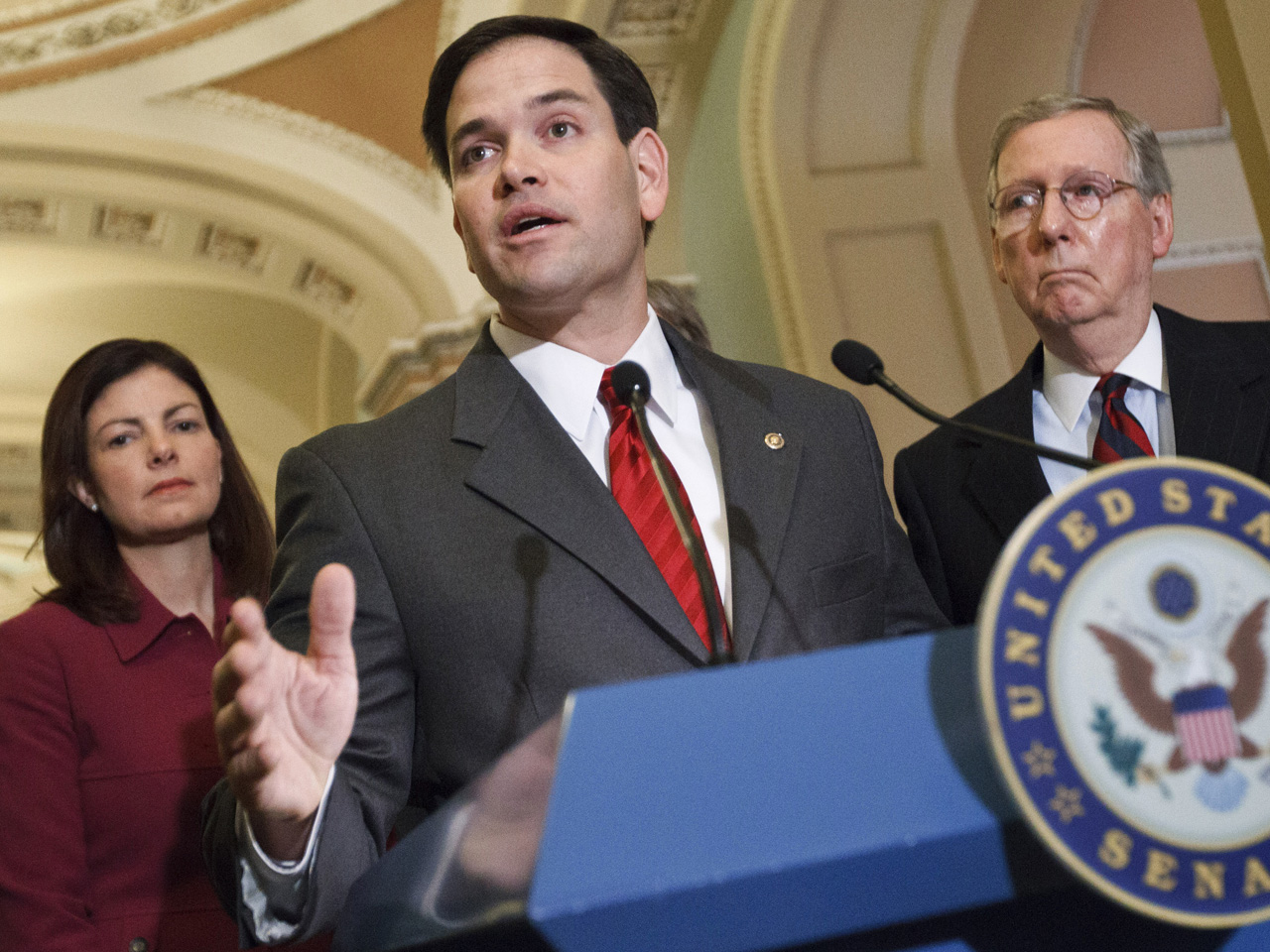 (CBS News) Sen. Marco Rubio of Florida told CBS News Correspondent Peter King in an interview Monday that he believes the Democrats are more interested in using the immigration debate for political gain than they are finding a solution.

"I think there are many in the Democratic Party that want immigration to be unsolved issue at least for the time being, because it's more useful as a campaign issue than it is as a solved issue," Rubio said.

According to Rubio, the first step in bringing both sides together for a real immigration discussion is to agree to not use the controversial issue against one another during the election season.

"I think it starts with making a commitment to not continue to use it as a political tool. I mean the president can give whatever speech he wants but the truth is that he and his party continuously use immigration as a bat to beat Republicans over the head with," said the first-term senator.

Although Rubio specifically mentioned President Obama and the Democrats, he conceded that his Republican Party shares the blame for how the issue has been handled. Rubio also said both parties are simplifying the discussion too much.

He said that while the public often hears the stories of the hardship that illegal immigrants are trying to escape from, people forget that the United States is "still the most generous country in the world on immigration." Rubio argued that current immigration policies may have prompted people who would otherwise have entered the country legally to opt instead to enter illegally.

"What's our message to them?" he asked. "To come illegally cause its cheaper and quicker?"

Rubio has been mentioned as a potential running mate for presumptive Republican presidential nominee Mitt Romney, and many think his Cuban-American background would help the presidential candidate with Hispanic voters.

In June, ABC News and The Washington Post reported that Rubio was not being vetted, to which the Romney campaign replied saying Rubio was being "thoroughly vetted."

When asked about vice presidential prospects, Rubio brushed off the question and said he is more focused on the issues than the speculation.

"It will be about somebody else [being discussed as a potential running mate] in a couple weeks or a couple months, that's just the nature of this business," Rubio said. "You know people come and go, today's rising stars [are] tomorrows whatever happened to."

Listen to the full interview below.