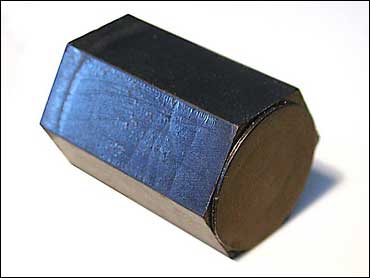 Some types of rubber bullets used by police to restrain unruly protesters kill and maim too often to be considered a safe method of crowd control, new research concludes.

Rubber-coated bullets are intended to inflict superficial painful injuries to deter rioters. But a study of their use by Israeli security forces has found police often fire from too close and aim poorly. Even when fired properly, it said, the bullets are so inaccurate that they can cause unintended injuries.

The study, published this week in The Lancet medical journal, examined the effects of rubber-coated bullets used by the Israeli police force during riots by Israeli Arabs in northern and central Israel in early October 2000.

Those bullets are in fact made of metal encased in a rubber shell, and are different from the original rubber bullets first used in 1970 by the British in Northern Ireland.

The British rubber bullets were designed to be fired at the ground so that they would bounce up and hit the legs of demonstrators. Britain stopped using rubber bullets in Northern Ireland in 1975 in favor of shorter, less inaccurate plastic ones.

Other variations of rubber bullets are used in several countries, including the United States. These include rubber-coated metal bullets, rubber plugs, plastic bullets called baton rounds, and beanbag rounds — fabric beanbags about the size of a tea bag filled with lead pellets.

Each type has a different effect on the human body under different circumstances.

Mike McBride, editor of Jane's Police and Security Equipment, said the Israeli findings have no bearing on other types of crowd control ammunition.

Baton rounds, or pure plastic bullets, are used in Northern Ireland today. They are lighter, faster and more accurate than their rubber predecessors, McBride said.

"They've been used 166 times in Northern Ireland, twice in mainland Britain, and there have been no deaths associated with the use of those," he said.

In the United States, local police make their own decisions on what to use for crowd control, and methods vary across the country.

The study, conducted by doctors at the Rambam Medical Center at Technion-Israel Institute of Technology in Haifa in northern Israel, involved 152 people who were admitted to hospitals in early October 2000 with a total of 201 wounds from rubber-coated bullets.

Israel says it uses rubber bullets and tear gas as non-lethal methods of crowd control to reduce casualties. However, former police commander Alik Ron told a public hearing last September into the Arabi Israeli riots that police were not trained to use rubber bullets and sometimes shot from a short — and lethal — distance at rioters.

Israeli police spokesman Gil Kleiman said Friday that officials had revised rules on using rubber bullets last year, but they had no plans to stop using the weapon.

"We've added many restrictions to the use of the weapon," he said. "Rubber bullets are still in our arsenal and still have a certain purpose." He wouldn't elaborate on what the new restrictions were.

In the study, the scientists documented for each patient which regions of the body were hit, whether the bullets penetrated the flesh, the severity of the injuries, surgeries that were needed and the final outcome.

There were two types of rubber-coated bullets used during the riots.

The first type, recommended for firing at the legs of a specific person from at least 131 feet ( 39 meters) away, is a blunt cylindrical missile composed of three metal cores coated in hard rubber shells. It is fired from a special canister that fits onto the muzzle of a gun. The bullet splits into three after it is shot.

The other bullet type is composed of 15 tiny rubber-covered metal balls packed together into a cartridge. When fired from the recommended distance, they disperse to form a circle about 22 feet (6.5 meters) across. This type of bullet is recommended for use against groups of people.

The researchers found the bullet injuries were randomly distributed all over the body. They were mostly in the limbs, but also frequently found in the head, neck, face and chest.

"This type of inaccurate ammunition — one missile that breaks into three components immediately after firing — and the resulting ricochets evidently make it difficult or impossible to avoid severe injuries to vulnerable body regions such as the head, neck and upper torso," the study said.

Nearly 60 percent of the bullet wounds were above the belly button, which suggests the police were not always aiming at the legs, the study said.

The researchers determined from the pattern of wounds and bone fractures that bullets were also sometimes fired from close range.

Almost half the injuries were mild, but 35 percent were considered moderately severe wounds and 19 percent were severe.

Three people were blinded and one patient turned psychotic, the study said.

Two people were killed after bullets went through the eyes and pierced the brain, the study found. Another patient died from a complication after surgery.